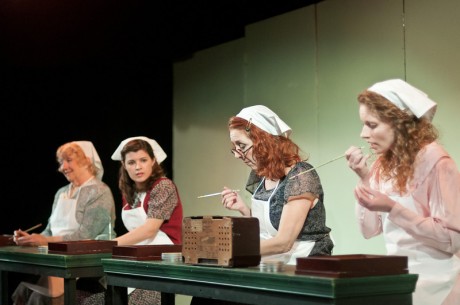 If the female employees of the Radium Dial Company were alive today, they would be leading the charge for equal pay, reproductive rights, and all things women’s liberation. Writer Melanie Marnich tells their true story of bittersweet triumph over egregious corporate and medical corruption in These Shining Lives, currently running at the Silver Spring Stage. As heroine Catherine Donohue (Caitlyn Conley) cautions in her opening monologue, their story is “no fairy tale,” but it is proof that women always find a way of overcoming adversity no matter the place, circumstance, or time.

What a great play to see before you cast your ballot this election season.

Set largely during the 1920s, These Shining Lives chronicles the experiences of four women who defy the status quo by choosing not to work as housewives, but as painters at a thriving clock and watch factory. They relish in their newfound independence, female camaraderie, and economic prowess, that is, until they realize that they have been exposed to dangerous toxic chemicals. It is then that the women must decide whether or not to fight back against the very corporation that once empowered and uplifted their lives. 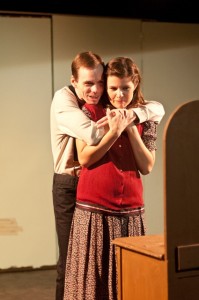 The strength of this ensemble cast rests largely upon the chemistry and distinct personalities of the four female characters, Catherine, Frances, Pearl and Charlotte. Caitlyn Conley is fresh-faced and confident as Catherine Donohue, a young wife and mother whose tiny world is made grand once she begins working at Radium Dial. Catherine is clearly the leader of the foursome, a position Conley makes believable despite the character’s obvious youth, inexperience, and vulnerability. Conley runs the gamut of emotions in fact and absolutely nails the dramatic monologue in which Catherine’s children call to her as she struggles with her declining health. What a jaw dropping, superstar performance!

Harlene Leahy portrays with gentle aplomb, Frances O’Connell, a worker with a somewhat pious and maternal air. She is the group’s “moral backbone,” and Leahy manages to embody this role through reserved gestures, never bold or imposing, but always present. Annette Kalicki delivers an endearing performance as Pearl Payne, the clan’s sweetheart who manages to lighten the mood with silly one-liners and jokes. Kalicki is the perfect Pearl, wide-eyed, petite, wispy, and blonde. Finally, Toni Carmine steals a scene or two with her portrayal of Charlotte Purcell, a fiery rule-breaker who drinks gin and unapologetically speaks her mind. As Charlotte, Carmine is brash but likable; stalwart, but still human. This character has layers and Carmine makes sure we get to see them all.

While all of the male actors deliver solid performances, their roles feel more or less incidental to the stories of the women, especially that of Catherine Donohue. Still David Dieudonne is compelling as Tom Donohue, Catherine’s blue collar husband who struggles to support his wife’s changing role within their family. Although the interactions between Dieudonne and Conley sometimes run long and fall flat, the two manage to build a believable enough chemistry. Likewise Dieudonne’s scene opposite Bob Scott who plays the boss at Radium Dial, Rufus Reed, deserves an honorable mention. In it Tom is clearly a man driven to the brink and Rufus is reduced by him to near paralysis. Definitely one of the play’s most intense moments. 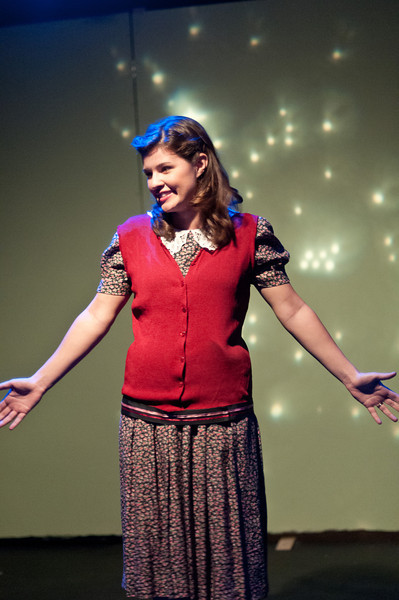 While much of the story is set at the Donohue residence and at the Radium Dial Factory, transitioning between scenes appears a cumbersome task. Large panels open and close to partially reveal a 1920’s era living room and later a bare courthouse, while simple benches roll on and off stage to signify the women’s workspace. Though beautifully designed by Bob Benn (Set Designer), a long and often noisy time is required to move from one scene to the next. Perhaps a more minimalist design would suffice as would musical accompaniments to smoothen the transitions. However, lighting designer, Peter Caress, adds nicely to the play’s more dramatic scenes; the starlight and deep blue spotlight enrich many of Catherine’s emotional monologues.

Director Bob Benn nicely interprets Marnich’s hugely lyrical and poetic work. The end result is a timely and resonant production about justice and fighting for what’s right, no matter the cost. What a great play to see before you cast your ballot this election season.