‘A Quick 5’ with Herschel Sparber 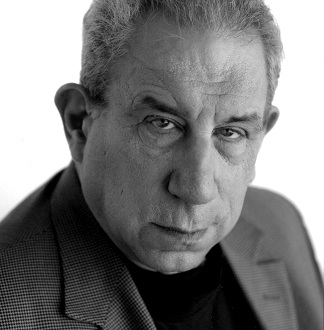 Herschel Sparber is currently playing Tom Snout in the Shakespeare Theatre Company’s production of A Midsummer Night’s Dream. On Broadway Herschel was seen in City of Angels (directed by Michael Blakemore), and as Big Jule in Guys and Dolls (directed by Jerry Zaks). Regional credits include productions at Kings County Shakespeare: Measure For Measure; Mark Taper Forum: The Street of The Sun (world premiere); Cleveland Play House: On the Waterfront (world premiere); Intiman Theatre: Paradise Lost; Hollywood Bowl: Guys and Dolls; Tennessee Rep (where he is a founding member): Of Mice and Men, and Reprise Theatre Company: Kiss Me, Kate. Film credits include The Birdcage, Serenity, Osmosis Jones, Brother, The Search For El Dorado, and Lucky Stiff which is scheduled for a summer 2013 release. On TV Herschel has appeared in Star Trek Deep Space 9, NYPD Blue, Newsradio, My Name Is Earl, Boy Meets World, and Scarred City (HBO). I first saw Herschel in Guys and Dolls and thought he was hysterical. Seeing him in A Midsummer Night’s Dream, I thought so too and his costume just added to his performance (not that Herschel needs any help being funny because he does not).

I was on the board of directors for Santa Clara MS society, and as a fund raiser put on a haunted house. I reached out to a community theater group for help, and they came through in a big way – scripting, building sets, costuming – the event was very successful. Later the group came to me and asked me to do a small part in an original play as an executioner! Replete with hood and ax. They needed a big guy, I said yes, since I owed them and little did I know how addictive theatre could be. I became a junkie…three productions that year….later I realized that I loved to perform…the rest of the journey ….another time perhaps.

In A Midsummer Night’s Dream you wear a costume completely made out of cans. What was your first reaction upon seeing this costume?

My initial reactions to the can wall were…can’t wait! Funny AND Loud! 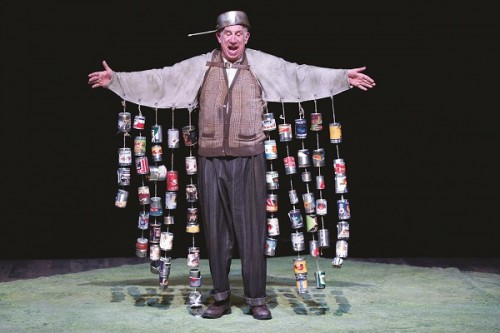 You played Big Jule in Guys and Dolls on Broadway which was directed by Jerry Zaks. What do you remember most about working on that show and working with Jerry Zaks.

The thing I remember most about working with Jerry Zaks was his specificity. His ability to focus moment to moment, culminating in a boatload of funny. The cast was so talented, not just Faith Prince and Nathan Lane, but every character, including Ruth Williamson, JK Simmons, Walter Bobbie, the dancers, the artistic team….just being a small part of that ensemble was a privilege . But having the review opening night on the front page of the Times! That was something.

You have worked in theatre, film and TV. Which medium do you enjoy the most?

An actor acts, so any time someone actually pays you, it’s a joy. Film and TV are usually more lucrative and usually great fun, plus you are seen by more people, but my passion was, is, and will be theater. The rehearsal process allows a depth of character; the audience provides immediate reaction, creating a relationship that exists in no other medium.

What are your next few projects after A Midsummer Night’s Dream?

I will be involved in the actors eternal search…..looking for my next job.