Through Lines: I’ve got a Barn. Let’s put on ‘A Christmas Carol’ or ‘The Nutcracker’ or… 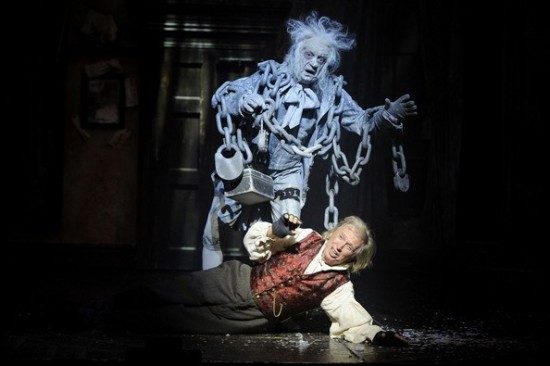 Tommy Steele as Scrooge in the Palladium Theatre’s production of ‘A Christmas Carol.’

Now let me play the holiday season’s favorite character—Scrooge! That’s the bah humbug part, not the money grubbing, no time off for family and friends part, the part that asks: “Does Washington really need all of these Christmas shows? I mean—really?” 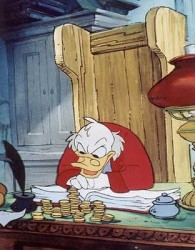 It’s bad enough that TV has begun airing its traditional favorites from White Christmas and Miracle on 34th Street to Rudolph the Red-Nosed Reindeer, to new favorites like National Lampoon’s Christmas Vacation and A Christmas Story to newer favorites like The Grinch and The Muppet Christmas Carol, but they are also piling on additional 21st century ones from It’s Christmas, Carol and Hitched for the Holidays to Matchmaker Santa and That Cyborg Santa’s Got an Ax (not really, but a sci-fi fan can dream!).

And it’s even worse that Black Friday, that beginning of Commercial Christmas’s selling season—though not yet an official holiday—has become solidified in our national consciousness as a day where it is our patriotic duty to shop for Santa. Although stores have been starting their sales in Black Friday’s wee hours for 30+ plus years and, then, last year many opened at midnight, this year Target and Walmart moved Black Friday into Thanksgiving Thursday. Pretty soon, those Black Friday sales will have Labor Day in their sights!

And to top it off Fox News has made “The War on Christmas” its annual holiday event, during which its pundits claim that, despite all the evidence to the contrary, the idea of Christmas is under siege by atheists and civil libertarians alike, who are out to do away with America’s number one cultural obsession. 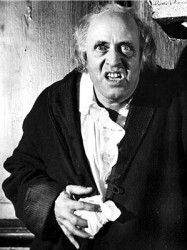 Alastair Sim as Scrooge in the 1951 film version.

I mean, is all this abundance really necessary? Does it help theatres meet their bottomline? Does it help them fulfill their patriotic duty? Does it help people get into the Christmas spirit? Are Christmas shows like prayers helping us all bring Peace on Earth and Good Will toward Men? If they are, then one would think that there would be a little more evidence that their abundance worked. Last I looked, however, our politicians are still just as gridlocked in their nastiness, the war in Afghanistan still wages on interminably, the Middle East is still on the verge of Armageddon, and traffic in DC is just as hostile as its ever been. Hence, these shows do not seem to be bewitching anyone’s disposition—even briefly. 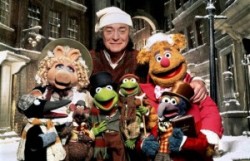 So maybe enough is enough already, or maybe even enough is too much. Now that theatres in the greater Washington area have pushed this Christmas “thing” to its logical conclusion, maybe it’s time to rethink the calculus. If, by definition, habit is the enemy of art; then the habitual remounting of yet another Christmas show is by definition not art, no matter how cleverly it’s done or sincerely it’s offered. It’s time for theatres to push beneath our status quo Christmas culture by challenging us to suspend our disbelief, not with something as utterly impossible as one more Tiny Tim or Mouse King but with something genuinely of the season. 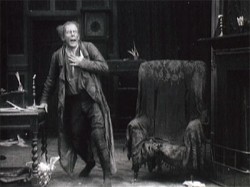 Seymour Hicks as Scrooge in the 1913 film.

Perhaps, out there in Theatre Land there exists tales that express our joy and common humanity without all the cheese and fluff. I mean, if these sentiments are good for our celebrations of the winter solstice, that time of snow and frozen air (albeit diminishing in this age of global warming), then those reminders would be just as good for windy springs and sweltering summers.

So let’s hope that next holiday season will be full of surprises and spontaneous expression of joy, but until then, check out one of the many Christmas Carols playing at a theatre or dance hall or a barn near you.