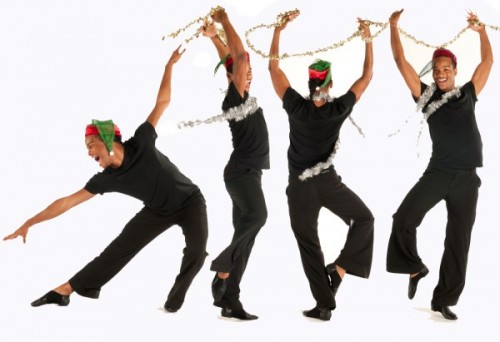 Tired of your ordinary Nutcracker story? Wish you could re-write that boring old story with dolls and mice and replace it instead with Ninjas and Dancing Graffiti? The Jazz, Hip-Hop Nutcracker (JHHN), performed by Momentum Dance Theatre and its company of young students, literally does just that.

In its 13th Season at Stuart Hobson Middle School on Capitol Hill, the JHHN is a heartwarming community theatre experience. The show, funded by local organizations such as the Capitol Hill Community Foundation and Results Gym, has become an annual holiday tradition. Artistic Director Roberta Rothstein has adapted the original Nutcracker story to fit Momentum Dance Theatre’s vision: that everyone, regardless of age or experience, should be encouraged to express themselves through dance. The effect is a very unpretentious, fun, family-friendly show.

When it comes to the set, the costumes and the lighting, the show is definitely modest. Outside of a drape of glittery fabric across the traveler (or upstage curtain) and a few party props, there is no set. Costumes throughout the show seem to coincide with the evening’s glitter theme, whether it was the sparkly “tinsel” leotards or shiny track jackets. There were, however, some quite respectable mice costumes. And as I heard before the overture, a lack in functioning lighting units in the Stuart Hobson auditorium was to blame for the exceptionally plain, but cleverly constructed, lighting design. 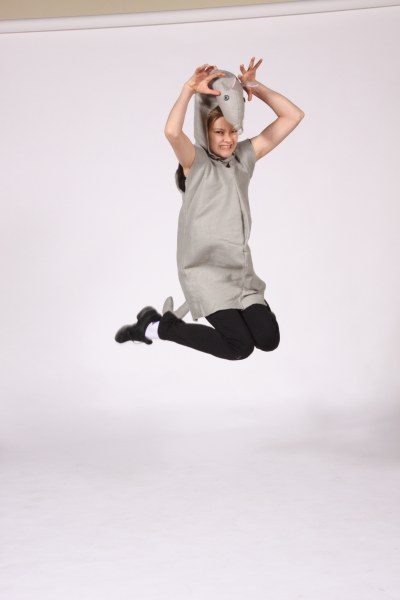 When it comes to the story…how shall I put this? This Nutcracker story has almost nothing to do with the original. There isn’t even the flicker of a Nutcracker doll until the end of the second act, when we are introduced to “Da Nutcracker,” danced by Dallas E Greene, who does lots of poppin’ and breakin’, but doesn’t once get broken. While we do get to see the infamous party scene and rat king death in the first act, the majority of the show centers around two girls (played by Tahirah Williams and Megan Schmuecker) who, after being visited by the illusive “Mr. D” (based off the “Uncle Drosselmeier,” played by Brian MacIan) , decide to use their imaginations and write their own story. In the second act there was a scene where wrapping paper came to life, along with an adorable number of hip hopping candy canes. Although incohesive at times, the fact that two children were supposedly writing the show gave the story an honest perspective. Come on, what kind of grown man writes a story about dancing sugar plums in the first place?

In the spirit of the Nutcracker, the show used music from Duke Ellington’s “Nutcracker Suite.” Ellington’s jazz rendition of Tchaikovsky’s famous concerto is delightfully playful and paired well with Rothstein’s choreography. In “Chinoiserie,” a scene between two baby mushrooms and their cat fighting, stage-hogging owners (danced by Megan Dortch, Danielle Schlauderloaf, Danielle Crittendon, and Vivian Pittard), the combination of music and choreography had a charming, comical effect.

In addition, the dancers of Momentum Dance Theatre performed many moments of comic relief exquisitely. The troupe, often accompanied by director Rothstein herself, consisted of Ashley Carter, Danielle Schlauderaff, Vanessa Martinez, Whitney Nichole Laurent, Megan Dortch, and Octavia Reid, all clearly professionally trained dancers. During “Doubts and Demons,” danced to Rihanna’s hit “Disturbia,” the dancers expertly displayed their different dance backgrounds, be it ballet or breakdancing. Not only were the dancers talented, but they worked well with the crowd of children in the cast and seemed to genuinely enjoy every minute.

Inevitably, this show was a bit of a hit and a bit of a miss. The hits, as I’ve mentioned, were the exceptional dancing, harmonious marriage of choreography and music, and, of course, the multitude of munchkins in mice costumes. On the other hand, I don’t think this show should have been marketed as a professional dance theatre. Between technical difficulties and the completely incohesive plot line, it was at times unclear whether I had come to see professional dance, or my little sister’s recital. Rothstein has tapped into a brilliant and novel idea for a dance that, with a little tightening up, could work wonders on an audience. I just hope she does.

The Jazz, Hip-Hop Nutcracker will be shown at the Publick Playhouse in Cheverly Maryland, December 15th at 3pm and 8pm and December 16th at 3pm. For tickets click here.