1. Henry V at the Folger Theatre

“If there is only one show that you will see in 2013, Folger’s ‘Henry V’ must be that show.” -Robert Michael Oliver, MD Theatre Guide

Synopsis: It tells the story of King Henry V of England, focusing on events immediately before and after the Battle of Agincourt (1415) during the Hundred Years’ War. 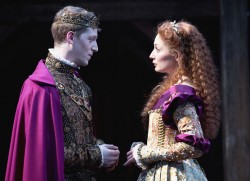 2. The Mountaintop at CenterStage

“It is exceedingly well-written, and the artistic team, under the direction of Kwame Kwei-Armah, has done it complete justice.” -James Miller, MD Theatre Guide

Synopsis: The Lorraine Hotel. April 1968. As Dr. King unwinds and prepares, a visit from a hotel maid raises fascinating and surprising questions. A worldwide sensation, this wondrous new play gets its Baltimore Premiere. 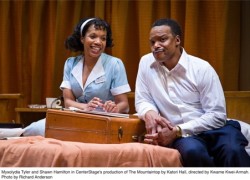 Synopsis: When the patriarch of the Weston Family vanishes one hot summer night, the acid-tongued, pill-popping mother summons her grown daughters and their families to reunite at the Oklahoma homestead. Dinner is served, lies are told, and long-held family secrets are unflinchingly revealed. Tracy Letts’ comic-tragedy exposes the emotional destruction that rips through generations if nothing stops its path. 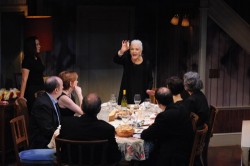 4. Barefoot in the Park at Compass Rose Theater

Synopsis: Neil Simon’s classic 1960s romantic comedy Barefoot in the Park finds joy and laughter in young love as it follows a newlywed couple beginning life together in a 5th floor Manhattan apartment. Whimsical, free-spirited Corie and strait-laced Paul begin their marriage to numerous challenges in life, and love. The young couple must contend with a broken heater, a leaky skylight, a daily climb up several flights of stairs, an eccentric neighbor, and a mother-in-law who drops in often to ‘help.’ This play will delight singles and couples alike with a comedic look at the ups and downs of married life, and the ties of love and commitment that unite us all. 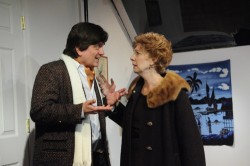 “Like the sweet confection that is its namesake, ‘Donuts’ is a wonderful production…” -Lynne Menefee, MD Theatre Guide

Synopsis: Tracy Letts, who won the 2008 Pulitzer Prize for his epic, family drama, August: Osage County, has shifted gears with this entertaining comedy. In the Chicago north-side neighborhood of Uptown, Arthur Przybyszewski runs the donut shop that has been in his family for sixty years. More content to spend the day smoking weed than running his business, Arthur hires a shop assistant, the young African-American Franco Wicks, who has both an unpublished novel and unpaid gambling debt. Their relationship is the crux of this heart-warming play, set in the heart of one of Chicago’s most diverse communities, that explores the challenges of embracing the past and the redemptive power of friendship. 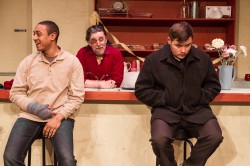