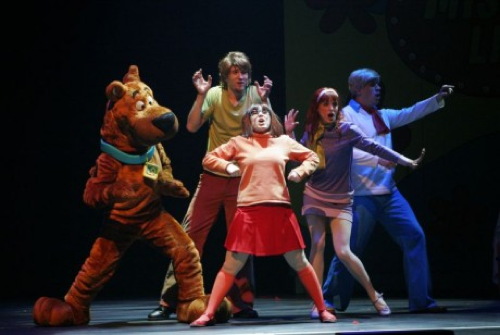 The classic television cartoon Scooby-Doo, Where Are You? is known throughout the land as classic comedy with a twist of fright.  Since 1969, children of all ages have followed the tried and true plot line that always begins with the “Scooby Gang” — Fred Jones, Daphne Blake, Velma Dinkley, Norville “Shaggy” Rogers and their semi-talking Great Dane named Scooby-Doo — stumbling into another mystery.  Usually, someone needs their help to investigate a supposed ghost or monster that is driving away the customers.  After the climactic chase scene, the Gang reveals that the monster is just a costume or magician’s trick, and the bad guy is always someone we met earlier in the story.  The tried-but-true plot line is always the same.

Maybe that is why during the live version entitled Scooby-Doo Live! Musical Mysteries at the Warner Theatre, produced by Life Like Touring, one could hear a pin drop after they revealed the bad guy.  Scooby-Doo Live! Musical Mysteries really doesn’t follow the game plan.  This bad guy wasn’t in the show until the reveal, and we were all confused!  Even the six-year-olds in the audience realized something is off. 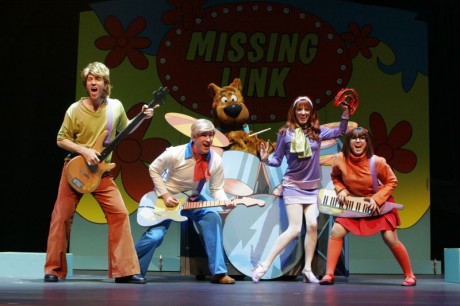 Scooby-Doo and the Mystery Inc. Gang
Photo by Kelly Phillips.

The actors playing the iconic characters did a wonderful job with their energy and enthusiasm, but at times during the story they looked confused as well.  We did, however, enjoy the final song, “Scooby-Doo, Where Are You?” sung by the entire cast — in the very right and traditional way.