Synopsis: Winner of eight Tony Awards®, including Best Musical, Spring Awakening explores the journey from adolescence to adulthood with poignancy and passion you will never forget. 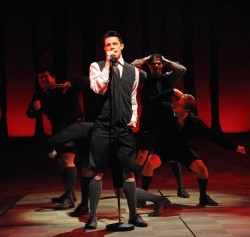 2. Flying V’s The Pirate Laureate of Port Town at The Writer’s Center

“Each of the six actors delight in his or her role(s) and easily immerses the audience in Fernebok’s lyrical lines and touching story.” -April Forrer, MD Theatre Guide.

Synopsis: In the world of The Pirate Laureate of Port Town, the power of poetry trumps that of any sword, pistol, cannon, or cutlass. That’s why the Pirate Laureate is the most important member on any pirate crew. Finn, a pirate of poetics and wit, must choose between the greater of two booties: his peerless pirate crew, or the land-locked love of his life. The Pirate Laureate of Port Town mixes a unique blend of upbeat, animated humor and lyrical tenderness in a realm where piracy and poetry are as inseparable as messages and the bottles that carry them.

“…the cast really shines in its portrayal of juxtaposed themes and emotions, revealing the complexity of the human condition.” -Erik Anderson, MD Theatre Guide.

Synopsis: Tennessee Williams’ semi-autobiographical memory play about a young poet and his tenuous relationships with his overbearing mother and fragile sister. 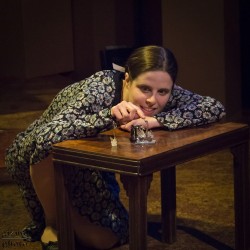 4. Kafka on the Shore at Spooky Action Theater

Synopsis: Filled with riddles—only some of them solved. A kaleidoscope of images and characters who morph, combine, and fall into patterns of perfect dream logic. A journey to the brink of the subconscious and back. 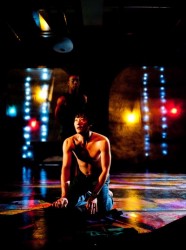 5. The House of the Spirits at Gala Hispanic Theatre

Played to roaring applause, Gala’s House of the Spirits reminds us that history is a collective experience. -Elizabeth Bruce, MD Theatre Guide

Synopsis: The compelling saga of the Trueba family traces the post-colonial social and political upheavals of Chile. An engrossing tale of magical realism that speaks to passion, human rights, and reconciliation. 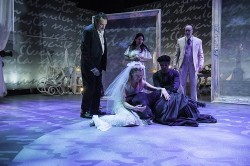