‘A Quick 5’ with Conrad Feininger 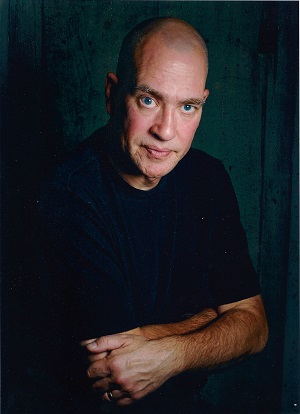 Conrad Feininger is currently playing the role of George Aaronow in Glengarry Glen Ross at Round House Theatre which concludes its highly successful run this Sunday. He also appeared at Round House in Nixon’s Nixon, Charming Billy, and Travels With My Aunt. Previous area credits include Pygmalion, The Play’s The Thing and An Empty Plate in the Café du Grand Boeuf at Washington Stage Guild.  The History of Invulnerability and  Benedictus at Theater J, Hysteria at Rep Stage, All’s Well That Ends Well, Henry V, Richard II, The Merry Wives of Windsor, and King Lear at Shakespeare Theatre Company, and The Great White Hope at Arena Stage. As you can see Conrad has performed in a wide range of plays. I have seen him in a bunch of these and I always enjoy his performances. If you can get seats for Glengarry Glen Ross before it leaves us this weekend, please do. Conrad and company do an incredible job with this modern American theatre classic.

What is your first memory of being onstage?

Playing a King in a nativity play in second grade. The three tallest boys were the kings. I was fourth tallest, but the third tallest broke his arm… 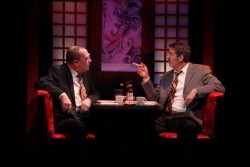 Can you please tell us about the character you play in Glengarry Glen Ross?

I play the ultimate loser. I can’t make any sales and face being fired within a week.

We are coming up on 29 years since Glengarry Glen Ross won the Tony Award for Best Play. Why do you think this play is still relevant today?

Because the culture of selling is very much a part of the American Work ethic. The competition and manipulation that selling requires creates a universal language that keeps the play relevant.

What is your favorite David Mamet play?

Glengarry Glen Ross. Because I’m in it.

After Glengarry Glen Ross closes, where can we see you next?

I’ll be in Arthur Miller’s The Price at Bay Theatre in Annapolis in April-May.