1. The Tempest at Synetic Theater

“…one of the best Shakespeare adaptations I’ve had the pleasure to see.” -James Miller, MD Theatre Guide

Synopsis: On the water-filled stage, Synetic’s visual poetry will bring Prospero’s magical island to life. A romantic drama of epic proportions emerges from the depths as spirits, monsters, witches, drunken fools and lithe lovers contort and cavort with all the passion and bravado you can imagine. With The Tempest, Synetic presents the ninth installment in its renowned “Silent Shakespeare” series. Expect BIG things with this production: stunning set design complete with a water extravaganza, larger-than-life visual, acrobatics and the remarkably visceral experience Synetic is known for. 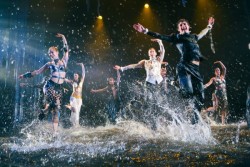 The cast of ‘The Tempest.’ Photo by Johnny Shryock.

“…with this outstanding cast, director and crew, ‘Home’ is a good play to see.” -Steve Charing, MD Theatre Guide

Synopsis: This brilliantly inventive, lyrically expressive play deals joyfully with the coming of age of a young black man, Cephus Miles, from rural North Carolina. From beginning to end, Cephus never loses his joyful goodwill, his indomitable spirit and the conviction that one day his quest for fulfillment with be rewarded. 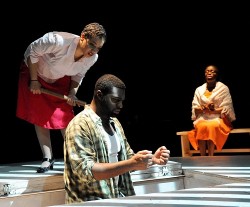 3. The Wiz at Toby’s Dinner Theatre of Baltimore

“…so lively and fun that it will make your head spin and your heart pound.” -Mark Beachy, MD Theatre Guide

Synopsis: The adventures of Dorothy, a shy Harlem, New York schoolteacher who finds herself magically transported to the Land of Oz, which resembles a fantasy version of New York City. Befriended by a Scarecrow, a Tin Man, and a Cowardly Lion, she travels through the land to seek an audience with the mysterious “Wiz”, who they say has the power to take her home. “Ease on Down the Road” from the musical was released by Diana Ross and Michael Jackson. 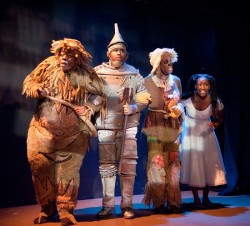 “…a very original play for thinkers and philosophers. You’re sure to wax poetic about it on the ride home.” -Victoria Durham, MD Theatre Guide

Synopsis: Two-time Tony Award winning intellectually and emotionally engaging comedy about a playwright whose second wife is trying to merge her support for a political prisoner with her work as an actress. Through hilarious situations, the play tests the concepts of love, marriage and fidelity. 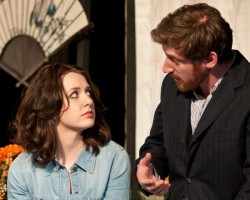 “…a rare opportunity to hear an authentic, if abridged version of the classic, performed with strength and clarity.” -Robert Michael Oliver, MD Theatre Guide

Synopsis: Adapted and performed by Stage Guild Artistic Director Bill Largess, this one-man journey through the underworld (with a cast of thousands) was described by The Washington Post as “very cool.” Often requested since its 2001 debut, this revival will be a physical re-imagining of the original dramatization of one of the Western world’s greatest texts. “Dante and Shakespeare divide the world between them; there is no third.”- T.S. Eliot 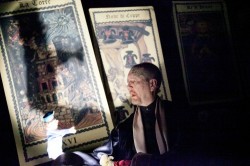