‘A Quick 5’ with Erin Weaver 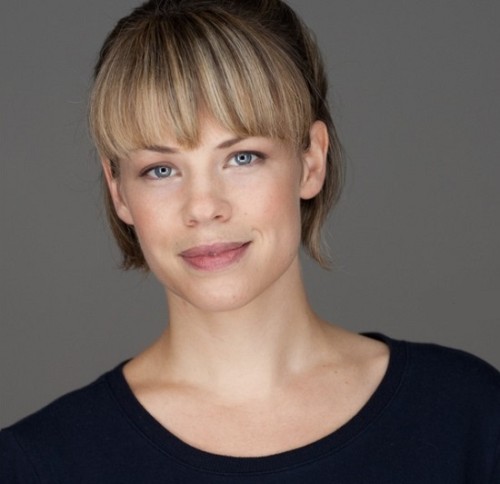 Erin Weaver  is currently playing Catherine Hiatt is Signature Theatre’s wonderful production of The Last 5 Years. She was last seen at Signature in Xanadu as Kira (Helen Hayes nomination).  DC Area credits include at Folger Theatre: Comedy of Errors (Luciana), Arcadia (Thomasina) which won her a Helen Hayes Award, and The Tempest (Miranda) ; Round House Theater: A Murder, A Mystery & A Marriage (Mary) and A Wrinkle in Time (Meg). Select Regional credits include at California Shakespeare Theatre: A Midsummer Night’s Dream, Arden Theatre: Into the Woods,  Two River Theater Company: Our Town, Mary’s Wedding and You’re A Good Man, Charlie Brown. People’s Light and Theatre Company: The Miser, Cinderella, Sleeping Beauty, Treasure Island, Jack & The Beanstalk, Robin Hood, and Gossamer. She is married to her director of The Last 5 Years, the wonderful Aaron Posner and they have a daughter Maysie. How does this multi- talented actress juggle performing and being a mom? Read on to find out. I’ll say this, I have not seen Erin do anything that has not been fantastic. I first saw her at Two River Theatre Company where Aaron was the Artistic Director and then after I moved here I went to see A Wrinkle in Time at Round House Theatre and Erin was playing the lead role. Such a talent and such a lovely person.

Were you interested in show business as a kid?

I don’t know if I was interested in show “business” but I was interested in doing shows!  My whole family was (and still is) involved in theater, so it was very much a part of my life as a kid.  When I was nine years old I was in the first national tour of Les Miserables.  I was a local young Cosette/Eponine in Philadelphia for four months.  After that experience my parents supported my desire to continue to pursue a professional career as a child actor.  After a while, though, it was the “business” aspect of theater that caused me to want to be a normal kid again and play soccer and be in school plays. 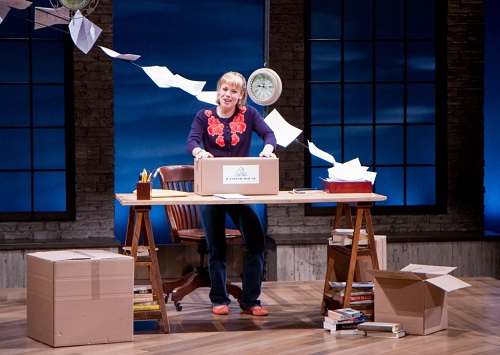 Can you please tell us a little something about the character you portray in The Last 5 Years?

Her name is Catherine Hiatt.  She comes from a small town on the Eastern Shore and moves to New York after high school to pursue an acting career.  Unfortunately, this doesn’t go very well for her.  She struggles, like many of us do, to find work.  She is strong willed and determined, while also being very insecure and self-deprecating.  One of her lines in the show is: “I am a good person.  I’m an attractive person.  I am a talented person.  Grant me Grace.”  Of course, there are many different ways to play Cathy, depending on the actress who is cast in the role.  I have interpreted her as a funny, ambitious, bright light in the little pond she came from. However, she feels easily diminished and becomes depressed when that light is hardly unique or noticeable in the big pond that is NYC.

You are married to director Aaron Posner who happens to be directing The Last 5 Years. Do you find it hard being married to your show boss?

This is probably the most common question I am asked and I am grateful, every time, for the opportunity to answer this question.

No, I do not find it hard being married to my boss.  Rather, it is a great opportunity for us to spend time together doing what we both love to do.  The reality is I do my best work with Aaron.  It wasn’t always easy.  We have done many shows together and through a lot of trial and error we’ve had to become very disciplined about how to collaborate.  While it has been hard, delicate work, I can say, with out a doubt, that it has made me a better actor and collaborator.

You are mom to a daughter named Maisie. This is as you are maintaining a performance career. How do you juggle the two and with you and your husband on the same show, how does it work?

We have a group of people who we affectionately refer to as “Team Maisie.”  We couldn’t do it with out this group of friends and family.

Currently, we are living in the building right next to Signature Theatre.  It’s been great to have Maisie so near by.  We hang out with her on breaks and she makes trips to the theater to visit us quite often.  She is such a great, versatile kid and I think she is so lucky to be surrounded by such a loving, happy theater community.  Signature Theatre has been an incredibly positive place for me to work while being a new Mom.  I couldn’t be more grateful to everyone for how supportive they have been to Aaron and me and how wonderful they are with Maisie.

After The Last 5 Years closes what are your next few projects?

Next up is Company at Signature Theatre, followed by Romeo & Juliet at the Folger Theater and then Mother Courage at Arena.