‘A Quick 5’ with Ryan Rilette 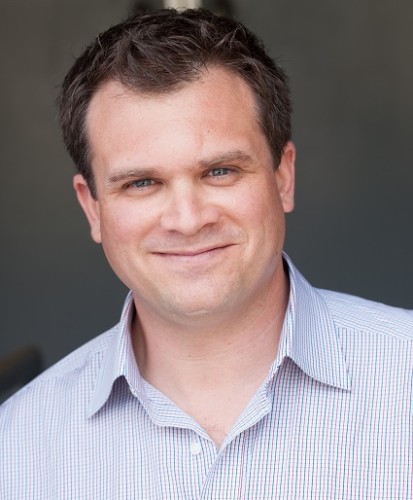 Ryan Rilette is the Producing Artistic Director of Round House Theatre and will be making his Round House Theatre directing debut with its current production of How to Write A New Book for The Bible which begins performances on April 10th. Before joining Roundhouse this past fall he was the Producing Director of Marin Theatre Company, a LORT D theater in the San Francisco Bay Area that has a $3.2M budget and produces a combination of classic and new plays. For MTC, Rillette directed the world premieres of Bellwether by Steve Yockey and Magic Forest Farm by Zayd Dohrn, God of Carnage by Yasmina Reza, Fuddy Meers by David Lindsay-Abaire, Boom by Peter Sinn Nachtrieb, and In The Red and Brown Water by Tarell Alvin McCraney. Named “the theatrical event of the year” by the San Francisco Chronicle, he also directed the first part of The Brother Sister Plays Trilogy, which MTC co-produced with American Conservatory Theatre and Magic Theater.  During his tenure at MTC, the theatre increased revenue from $1.8M in FY08 to a projected $3.2M in FY12, expanded to six shows per season in the Boyer Theater, established an off-site scene shop, created a $500K Artistic & Operating Reserve Fund, and ended every season with a profit which as we all know is a great accomplishment in the arts

Rilette is also currently the President of the National New Play Network, the country’s leading alliance of theaters that champions the development, production, and continued life of new plays for the American theatre.

From 2002 to 2007, Rilette served as Producing Artistic Director of Southern Rep Theatre, the leading professional theater in New Orleans, which The Times Picayune has called “the driving force in contemporary drama in the Gulf South.” He led the theater’s post-Katrina rebuilding efforts, including commissioning, developing and producing two plays about the storm and its affect on the region: Rising Water by John Biguenet (which was nominated for a Pulitzer Prize) and The Breach by Tarell Alvin McCraney, Catherine Filloux, and Joe Sutton.

He is also the co-founder and former Executive Artistic Director of Rude Mechanicals Theatre Company in New York City, which he ran from 1998 to 2001 and is a former professor at Tulane University and at Loyola University of New Orleans. He holds an MFA in Acting from American Conservatory Theatre. The new season at Round House Theatre looks very exciting and Ryan has some great ideas for the theatre’s future.We welcome him into the DC area theatre community with open arms.

Had you known about Round House Theatre before taking the position of Producing Artistic Director?

A bit. Like most artistic directors, I follow what all of the major-market theaters are doing each season, so I knew a little about Round House’s seasons in Bethesda, but that was it. I didn’t know the Silver Spring black box even existed or that theater education was such a major part of Round House’s identity until I was approached about the job.

You are making your Round House Theatre directing debut with How to Write a New Book for the Bible. Can you tell us a little bit about the piece?

This is the East Coast premiere of the newest play by Bill Cain, the author of Stand Up Tragedy and Equivocation, both of which Arena Stage produced; and 9 Circles, which Forum Theatre produced earlier this season in our black box.

How to Write a New Book for the Bible is an autobiographical play about Bill’s experience of caring for his dying mother and looking back over his family history. Bill reminds us that the Bible is not a morality rulebook but rather a collection of stories about families, and he challenges the audience to follow his lead by looking at their own family story so that they can add their own “book to the bible.” It’s a profound, incredibly moving, and very funny piece of theater.

Was there anything that surprised you about the DC theatre community when you first got here?

I have been most surprised by how tight-knit the theater community is here – not just the artists, but theater leadership. It’s a rare and very special thing that Artistic Directors here talk to each other on a regular basis. It’s emblematic of an approach to work here that’s very healthy – everyone’s working together to build a better, stronger theater market.

If you had to sell your next season at Round House Theatre to someone, how would you describe the mix of shows that you chose?

We’ve changed the focus of our programming for 2013-14. Gone are the literary adaptations. In their place you will find an exciting mix of modern classics and celebrated new plays and musicals. Our six play Bethesda season features two of the best plays of the late 20th Century, two hit Broadway comedies, and two off-Broadway hits – one that’s a musical and one that features two songs. It’s a year filled with laughter and music.

In our Silver Spring black box, we will once again present Forum Theatre and Happenstance Theatre as part of our “In Residence” series, and this year, we are proud to add to that mix dog & pony dc. Together, these three companies will produce a nine-show season of new plays in Silver Spring.

Where would you like to see Round House Theatre be artistically in five years?

Round House is going to become the place to go for challenging yet entertaining seasons of modern classics and celebrated new plays and musicals with world-class production values. We will celebrate local actors, designers and directors and compliment their work with world-renowned visiting artists. Five years from now, we hope to be producing an annual, nationally renowned new play festival, drawing theater professionals and fans from throughout the nation to see productions, workshops and readings of new plays, musicals and devised work. We also hope to expand our offerings for families and young audiences in Silver Spring, building upon our strong tradition of arts education for young people. And we want those young people to come to the theater, so we’re going to continually look for ways to make theatergoing an essential part of a Montgomery County high school education.