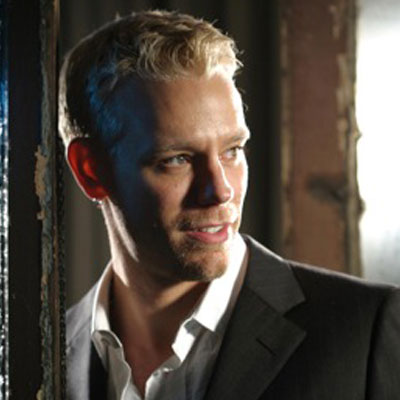 Adam Pascal’s career as a performer is twofold. He has been seen on Broadway in Elton John and Tim Rice’s Aida, Cabaret, the original cast of Rent and is currently playing Billy Flynn in the long running revival of Chicago. That is one side of Pascal’s talent. The other is that he is a very good composer and musician. His concert at the Kennedy Center’s Terrace Theater this past Friday evening fused both sides of his career together.

We listened to some of Pascal’s original compositions such as “Beautiful Song” and “Single Drop” and then modern pop versions of such show tunes as Stephen Sondheim’s “Johanna” from Sweeney Todd and “Maria” from West Side Story.

Also featured was a wonderful pairing of Kander and Ebb’s “I Don’t Care Much” from Cabaret with the pop classic “Rocket Man.” These are a few examples of which made Pascal’s concert so enjoyable.

It’s so nice to go to a concert and hear singers and musicians putting new takes on classic Broadway music.

Any good performer always has some funny and interesting patter between songs and Pascal told a doozey of a story. It concerned him doing a solo all acoustic concert in Del Ray Beach Florida which is known for being a desirable place for retirees. Pascal finished a song and a senior woman stood up and shouted, “I’m sure your original music is very good but we came here to listen to Broadway music.” Pascal very politely said, “I’m sorry if this is not what you came to hear but I don’t have anything else prepared.” Well then the rest of the audience started to shout nasty things at Pascal so after about six songs total he ended the concert. The promoter apologized and told Pascal that he did not have to go to the reception afterwards but Pascal did where he was accosted by a guy who was upset he ended his set early.

I also enjoyed his story about how he is always being mistaken for his Rent co-star Anthony Rapp. In one case Pascal had done narration for a Discovery Channel documentary on Hippos. He was on tour with Rapp in Pittsburgh and a woman who had been the producer on that show approached him in a bar. She then disclosed that they really had wanted Rapp for that job. Nothing like finding out after the fact, that they didn’t want you in the first place.

One of my favorite songs was a composition written and performed by Pascal’s musical director and pianist Larry Edoff, entitled “Love Will Always Come Back.” It was simply beautiful.

Pascal played the guitar and or bass for most of the evening while being backed by Edoff  on piano and Gary Selligson on drums. Together the musicianship was something to behold. The new approach to the more familiar tunes was especially pleasing. It’s so nice to go to a concert and hear singers and musicians putting new takes on classic Broadway music.

The evening ended appropriately with “Glory” from Rent which brought Pascal to the forefront on Broadway.

All in all Adam Pascal’s concert showed us how versatile he is. He is not just the pop rock star from Broadway. Pascal is a multi talented writer, musician and performer. He can sing in all styles and has good taste too. Any man who starts his concert by saying “I’m going to sing a song from the worst musical ever written” and then does a solo acoustic version of “Memory” from Cats is OK in my book.

Running Time: 78 minutes with no intermission.