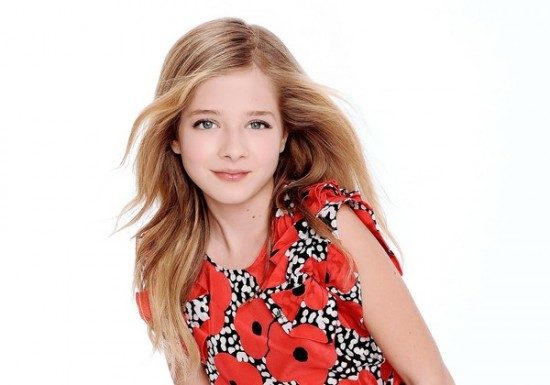 “America’s Got Talent” child prodigy singing sensation Jackie Evancho made her local concert debut at the Meyerhoff Symphony Hall in Baltimore with her Songs of the Silver Screen Tour.

At age 10, this young soprano from Pittsburgh was the runner-up on NBC’s variety show “America’s Got Talent” where she wowed the judges with Puccini’s “O Mio Babbino Caro.” 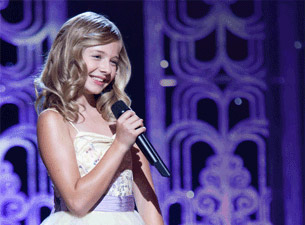 Unlike some of today’s performers who rely on Auto-Tune, an audio processor used for correcting pitch, Jackie Evancho’s pitch perfect singing voice is all real, yet so unbelievable.  This is because she has many of the vocal qualities of a well-seasoned woman in her late 20’s.

Now 13 years old, Jackie Evancho is on tour promoting her latest album, Songs from the Silver Screen.  At her stop at the Meyerhoff in Baltimore, the audience was all smiles as she entered the stage wearing a gorgeous blue gown with sparkles. “She sparkles,” the lady sitting beside me said.  After Evancho sang her first song “Pure Imagination” from the film Willy Wonka and The Chocolate Factory, I can safely say that her voice sparkles as much as her gown. Next with a cute smile and a wave “hello” Evancho thanked the audience for coming: “I’m very excited.  It’s going to be so much fun — I hope!  (She giggles.)  I’m very excited because I’m going to be singing some of my favorite songs…”

Evancho clearly wished upon a star and asked for a beautiful singing voice.

Evancho received a standing ovation from about a quarter of the audience after each and every song.  Some of the evening’s highlight’s include the songs “The Impossible Dream” from Man of La Mancha, “My Heart Will Go On” from Titantic, and “When You Wish Upon a Star” from Pinocchio.  But it was “The Lord’s Prayer” which concluded the first act of the concert that the audience walked away talking about.  There wasn’t a dry eye in the house after “The Lord’s Prayer.” 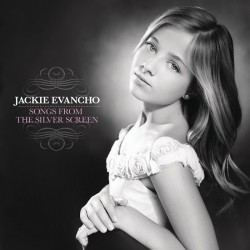 Joining in the wonderful evening was trumpeter Jumaane Smith.  Besides playing on stage with Jackie, he also played a solo of “Georgia on My Mind” as well as a tribute to Louis Armstrong with a smooth rendition of “What a Wonderful World.”  The BSO also had a chance to shine with several pieces, including music from the Pirates of The Caribbean which was simply awesome!

The last song in the second half of the concert was “Reflection” from Disney’s Mulan.  Evancho said, “This last song I’m going to sing I would like to dedicate to my mom because, well, I love her very much and she allowed me to be who I wanted to be and let me do what I really love — singing.  So thank you very much mom.  I love you.”  The audience loved Evancho too and enjoyed two encores; Her favorite song from her latest CD from her favorite movie, Phantom of The Opera (“The Music of The Night”) and then the song which made her famous, Puccini’s “O Mio Babbino Caro.”

Her pure and well-formed vowel sounds touched the hearts of everyone at the concert.  Every year her voice seems to get better and better.  Evancho clearly wished upon a star and asked for a beautiful singing voice. She is living her dream of singing as a career.  As the lyrics go, “If your heart is in your dream, no request is too extreme. When you wish upon a star your dreams come true.”

Jackie Evancho Songs of the Silver Screen Tour with BSO was a one night special event at the Meyerhoff Symphony Hall, 1212 Cathedral St  Baltimore, MD 21201.  For future events at the Meyerhoff click here.