Synopsis: This spectacular new production of Show Boat, Broadway’s original masterpiece, brings unforgettable songs, dazzling choreography, and an epic story together to make great entertainment and great art. With something in store around every bend as the Cotton Blossom travels the Mississippi with a troupe of riverboat performers, Julie, Joe, Queenie, and of course Magnolia and Ravenal make their way through the decades, navigating the trials of show business, love, and loss in a landscape overshadowed by racial inequality. 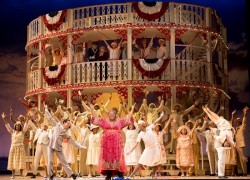 Angela Renée Simpson as Queenie (center, in pink dress) and the company of Show Boat. Photo by Scott Suchman.

With a musical score ranging from death metal to orchestral strings, transformative sets and large-scale articulated puppets, BROS will be venturing back in time for its biggest, darkest, most ambitious show to date!

Synopsis: Murdercastle is the latest feature-length original rock opera from the Baltimore Rock Opera Society. Set in Chicago’s 1893 World’s Fair, Murdercastle recounts the disturbing tale of America’s first serial killer, H.H. Holmes – the empire he created, and the brutal fate of his victims. 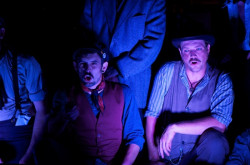 “…has the air of a play audiences will like with its nostalgia, middle-age focus, and slow-burn love story.” -Roger Catlin, MD Theatre Guide

Synopsis: Novelist Franklin Woolsey dies mid-sentence, but his typist (think Henry James and his typist in the early twentieth century) continues to take dictation, causing great consternation from his wife, his publisher and the general public. Where ARE these words coming from? A drama about the writing process, creativity and love – with a little punctuation thrown in for good measure. 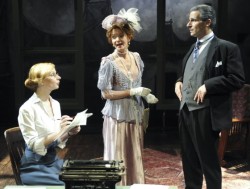 4. Jackie Evancho LIVE at the Meyerhoff

When a 12-year old Jackie Evancho first sang for the judges on NBC’s variety show “America’s Got Talent,” there were viewers who were so shocked by her beautiful singing they were thoroughly convinced she had to be lip-synching. See this prodigy LIVE @ the Meyerhoff and experience this amazing young talent for yourself! 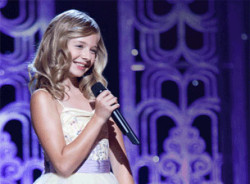 “The intimate setting … enables a relaxed and interactive atmosphere for the audience, adding to an overall enjoyable performance.” -Caitlin Hamon, MD Theatre Guide

Synopsis: In this hilarious comedy, verging on grotesque-four men who “suffer for love and broken-hearted” we do live their dreams of recovering the lost love. In short, we put in front of the eternal battle for love. 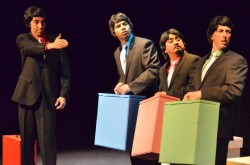