‘A Quick 5’ with Jessica Frances Dukes 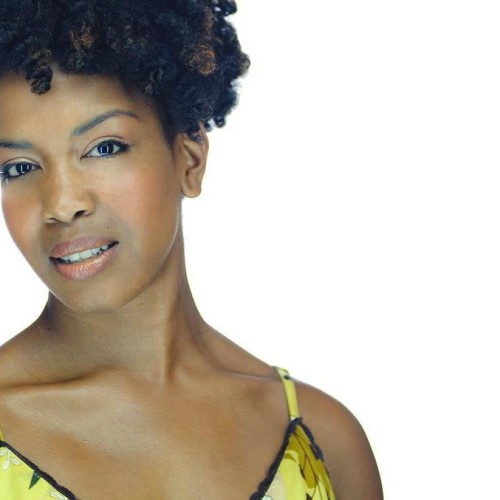 Jessica Frances Dukes is currently giving a performance for the ages in Beneatha’s Place at Centerstage where she plays the title role. As if that weren’t enough she is also playing in Clybourne Park in the dual roles of Francine and Lena. Both plays make up The Raisin Cycle which runs at Baltimore’s Centerstage through this Sunday. DC Area credits include productions at Centerstage, Folger Theatre, Fords Theatre, Studio Theatre,, The Kennedy Center, The Lincoln Theatre, African Continuum Company, The Washington Stage Guild, Theatre Alliance, Round House Theatre, Theatre J and Woolly Mammoth Theatre Company where she is a company member. Regionally, Jessica has performed at Cleveland Playhouse, Indiana Repertory Theatre, Pittsburgh Irish and Classical Theatre, and Horizon Theatre in Atlanta, GA. Jessica received a Helen Hayes nomination for Best Lead Actress in a Musical for her role in Spunk at Tribute Productions. Jessica’s performance as Beneatha will leave a lasting impression on you so if you can get to Baltimore this weekend, check out her performance in Beneatha’s Place. In fact make a day of it and see both plays that make up The Raisin Cycle. It’s a don’t miss experience and Jessica Frances Dukes is one of the reasons for that.

What was your first performing job in the DC/Baltimore area?

My first Professional performance gig in the DC area was straight out of Grad School performing in Sherry Shepard Massat’s Starving at Woolly Mammoth Theatre Co. Directed by Seret Scott. I was so privileged to be alongside Dawn Ursula, Craig Wallace, Lizan Mitchell, Doug Brown, Michael Anthony Williams, J Paul Nicholas, and Bethany Butler. The bar was set pretty high!!!

How do you best describe the character you play in Beneatha’s Place?

The Journey of The Progressive Black. Beneatha is ahead of her time when we meet her in A Raisin in the Sun, she is the mouth piece for Lorraine. She is civil rights, the feminist movement, and the motherland in one. When we meet her in Beneatha’s Place she has grown up, learning a new part of “The system” in every minute. Learning how to affect change in those areas that are important to her. In Act 2 she has climbed to the heights of Royalty in her field and has spent a life time perfecting this so called system. Beneatha is forward movement, she is change, she is progress!!

Can you please discuss the parallels between Clybourne Park and Beneatha’s Place?

Whew! Clybourne Park is a discussion on race, class, and gentrification while Beneatha’s Place talks about legacy and ownership. The two parallel in structure as they both take a character from A Raisin in the Sun and continue the story where we left them, Clybourne Park that same day and Beneatha’s Place 4 years later. The idea of land and who gets to control that land is a very important theme in both. The idea of invaders is parallel in both and what happens to a community or country when those invaders set in. Act 2 in both plays deal with this idea of a post racial society in which certain battles are being fought differently through the world of academia and community organizations to secure ownership. Conversations lead us into verbal missteps that spiral all involved down the rabbit hole of a conversation that is hopefully continued as u walk out the door. Are we really communicating? And who has the right to what?

How do you like performing two shows in repertory and is this the first time you are doing so? 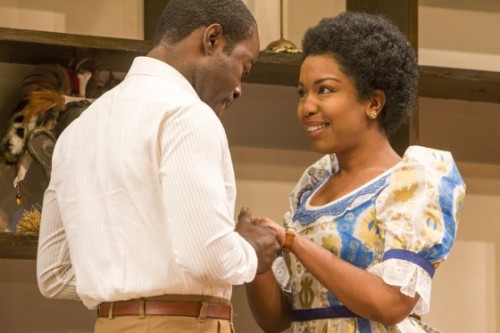 This is the first time I have gone on the Rollar Coaster of two shows in rep and what a privilege to do so with The Raisin Cycle. I feel like they are 4 different one acts. It actually makes it easier if I approach them as such. Each story has a purpose. And each woman (character) has a mission within that purpose. As long as I stick to that I don’t get them mixed up. This cast has been a joy every night. The director and playwright and creative team have worked hard to make sure that our job is easy! All we have to do is live in these 4 very specific worlds and it is a joy to do every single night!

After The Raisin Cycle closes where can we see you next?

You can always check out www. Jessicafrancesdukes.com for upcoming events, shows and projects. Look out for the Documentary on The Raisin Cycle to air nationally on PBS as part of The Fall Arts Festival.