‘A Quick 5’ with Nelson Pressley 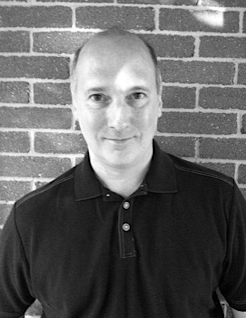 Nelson Pressley is a theatre critic at the Washington Post. Although he is listed as a freelancer, Nelson covers many of the top theatrical attractions in the area. He also tends to give well deserved coverage to some of our smaller companies. As with any critic, you can’t always agree with what he thinks but Nelson’s reviews are always fair and very insightful. I also find him to be very personable. I am honored to have him as part of this column, particularly with the busy schedule that he keeps. I once asked him, “How do see as many shows as you do and not burnout?” His answer was “Consider yourself lucky that you live in DC with such a rich theatre community. It makes the job very easy.” Words of wisdom from one of our top theatrical voices.

Did you study journalism in college?

In high school! In fact [he sits slightly taller as he writes this], I won a prize for reviewing at a Delaware high school journalism competition . . . College was when my friends began telling me I should become a critic. I was the one who wouldn’t let debates die after movies and plays. That affliction only got worse during a spectacular theater semester in London. My college degree is in English, my M.A. is in theater history, and I just finished a PhD in English at Maryland, focusing on politics and contemporary American playwriting.

How did you come to write for the Washington Post?

My first piece was on the Woody Allen scandal after Mia found the nude Polaroids of Soon-Yi. I was a Woody nut, so I dashed off an essay, biked it down to the paper, and had a voice mail from the Outlook section by the time I got home. Later, when I quit another paper, the Post contacted me pretty quickly. I’ve always been grateful for that.

What is the most “interesting” response to one of your reviews you have received from a reader?

I got a little weary with Samuel Beckett once, and a Beckett buff demanded to know my credentials for questioning the great and powerful Sam. But no one’s ever been “interesting” enough to throw a punch at me, say, or to buy me a car.

As a critic for a prestigious paper like the Washington Post, do you ever worry about being too nice or too harsh when going to cover a production?

It’s always something you’re aware of, but if you’re “too” anything – and mainly if you’re too out of synch with whatever the show is – it’s probably not a good review. Lately I’ve been working with student critics at the Kennedy Center American College Theater Festival, and they’re often hung up on poles of “nice” and “harsh” – they have those notions of criticism as pure hot or cold judgment. They take great leaps forward when they write with more genuine candor and description.

If you could be involved in another area of theatre other than being a critic, what would it be?

Trap question! Theater people often suspect critics of being frustrated artistes . . . but I’ll play along. I’m tempted to say director or producer, but probably it would be playwright. Why? Because I’m a writer.