‘A Quick 5’ with Shuler Hensley 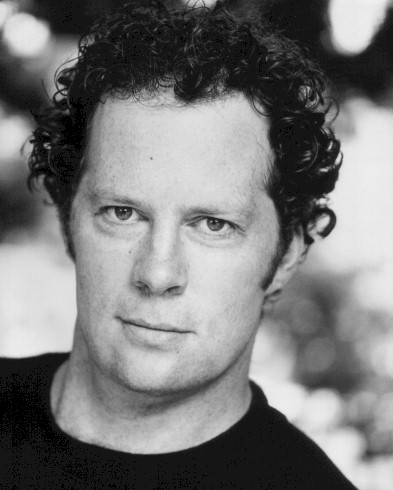 Shuler Hensley is currently playing The Critic in the new adaptation of The Guardsman at the Kennedy Center. You might have seen him on tour a few years ago playing the Monster in Young Frankenstein which he also starred in on Broadway and recieved Outer Critics Circle and Drama Desk Award nominations for his portrayal. He also performed at Kennedy Center in Marc Blitzstein’s opera Regina. Other Broadway credits include Kerchak in Tarzan, Jud Fry in Oklahoma!(Tony, Drama Desk, Outer Critics Circle, and Olivier Awards), and Javert in Les Misérables. He has been seen Off-Broadway and regionally in The Great American Trailer Park Musical, Fiorello! (New York City Center Encores!), The Whale (Playwrights Horizons), The Elephant Man (Williamstown Theatre Festival, MA), Ghost Brothers of Darkland County (Alliance Theater, GA), Paradise Found (Menier Chocolate Factory, London), All About Us (Westport Playhouse), Phantom in The Phantom of the Opera (Hamburg, Germany), and The Most Happy Fella (American Songbook/Lincoln Center). I had the good fortune to work with Shuler on an industrial film musical version of Frankenstein. Shuler played the Monster (Do we see a trend?). It was interesting because rather than workshopping the musical, the creators chose to film the show with full production values and Broadway performers. Shuler was doing Les Misérables at night and filming during the day as was his co-star Ivan Rutherford. It was quite an experience. I was so pleased when he won the Tony Award for Oklahoma! as he brought a likability to Jud Fry that most actors had not. Such a talent to be sure.

I sang the role of “Schaunard” in La bohème at Chautauqua Opera. 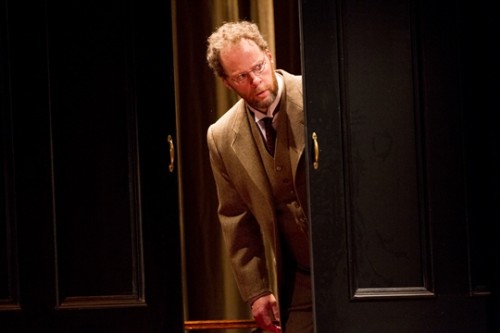 Shuler Hensley as The Critic in ‘The Guardsman’ at The Kennedy Center. Photo by Scott Suchman.

Can you please tell us about the character you play in The Guardsman?

I play the Critic who is a long-time friend and quasi “mentor” to the Actor and Actress. He has also had deep unrequited romantic feelings for the actress which complicates the emotional dynamics between the three characters.

You portrayed the monster in the musical version of Young Frankenstein which was written by Mel Brooks. How much fun was it putting that show together and what is your best Mel Brooks anecdote?

A true highlight of my career! I will never forget our 1st preview in Seattle and after the show, Mel came to my dressing room, looked at me, smiled and said, “…you didn’t suck!” I knew I had made it!!

What do you remember most about the night you won your Tony Award for your portrayal of Jud Fry in Oklahoma!?

I remember how beautiful my wife looked and how amazing Radio City looks from the stage!! The rest was a blur.

After The Guardsman finishes its run where can we see you next?

I am off to Berkeley Rep to perform No Man’s Land with Ian McKellen, Patrick Stewart, and Billy Crudup!! (pointing upwards) Someone up there likes me!