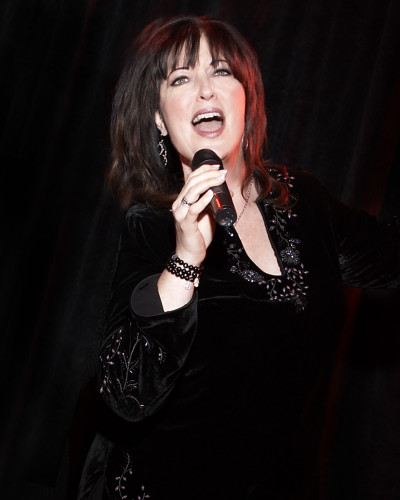 Bethesda Blues and Jazz Club is a new venue that is starting to host some of our best singers in a gorgeous art deco surrounding. This past Saturday they did it in grand style.

Ann Hampton Callaway is a singer that reminds me of a time when singers had distinctive traits to their sound. Sarah Vaughn had her signature vibrato and Ella Fitzgerald could scat like no other person could. Ann Hampton Callaway has both of these qualities in her arsenal of talent. Add to this that, in her new show entitled The Stresiand Songbook, she has the chutzpah to take on the song catalogue of arguably one of the greatest singers of all time.

I can say that undoubtedly not only has Ann Hampton Callaway succeeded in putting together a great set of music but she has reinvented some of Barbra Streisand’s classics and makes them her own while paying tribute to Streisand in the process.

Yes, there are the ones you all know like “People” and “Don’t Rain on My Parade” but Callaway wisely has chosen to perform songs from Streisand’s early career as well so we also get to hear pieces like Maltby and Shire’s “Starting Here Starting Now” and Harold Arlen and Truman Capote’s “A Sleepin Bee.” The latter Streisand performed on the Jack Parr Show in 1961. The performance shot her to stardom.

It is almost impossible to single out things in this show because Callaway has done what almost no one else could do and that is put together a perfect concert. There is not one bad song or interpretation in the bunch. But that is too vague for MTG, so here are a few of the many highlights. 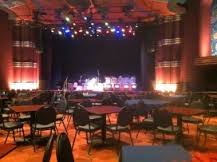 Let’s start with a pairing of Lerner and Lane’s “On a Clear Day You Can See Forever” and the anthem of the Kennedy era “Happy Days are Here Again” as arranged by master jazzman Don Sebesky. Callaway’s phrasing is impeccable and because of the way “On a Clear Day” is presented you really get a sense of how brilliant the lyrics are. Remember when we used to pay attention to lyrics folks?

Next is Michel Legrand and Alan and Marilyn Bergman’s “A Piece of Sky” from Yentl. Not only did Callaway put power behind the song but she did it unplugged as her microphone died just as she was starting the song. Callaway’s voice filled the room with no amplification. Remember when singers could project folks?

With Callaway’s penned world piece anthem “At The Same Time,” which Streisand recorded on her Higher Ground cd, we get to hear how great Callaway is as a composer and lyricist.

All of life is in our trembling hands.

It’s time to overcome our fears.

And join to build a world that loves and understands….”

With everything happening in the world today those lyrics are a lesson for all of us.

Last but certainly not least, I want to talk about a song that Callaway set lyrics to for Streisand called “I Dreamed of You.” It was supposed to be written as an expression of love that Streisand felt for her husband James Brolin. What Callaway did not know was that Streisand was going to perform it at her wedding. Can you think of a better way to have your song debuted? Callway’s vocals on the song were—simply put—exquisite.

Then we have the three musicians backing Ms Callaway, Ted Rosenthal (Piano/Musical Director), Martin Wind (Bass), and Tim Horner (Drums). The trio knows how to swing and everyone had a chance to solo during the concert. I want to point out that Rosenthal is also Barbara Cook’s musical director so I imagine he is in heaven every time he goes on stage with both of these classy people.

Ann Hampton Callaway’s The Streisand Songbook is a fitting tribute to a singer that has been going strong for over 50 years now. Callaway is one of our best songstresses so it’s only fitting that the evening was like “buttah” with all of Callaway’s talents leading us through the musical canon of Barbra Streisand. Callaway performs this show across the country so if you have a chance to see her, please go. It’s a chance to hear a style of singing that you don’t get much anymore. I’ll take this style over the current one that most singers of today have.

Ann Hampton Callaway sings The Streisand Songbook was a one night only event on June 8th, 2013 at Bethesda Blues and Jazz Supper Club is located at 7719 Wisconsin Ave  Bethesda, MD. For info on future events click here.