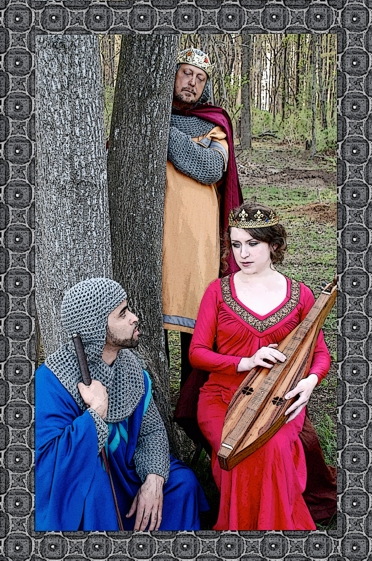 The conception of the musical Camelot is like a set of Russian nesting dolls— it is an adaptation of an adaptation that was inspired by an adaptation of a legend. Lerner and Loewe based Camelot on T.H. White’s The Once and Future King, a novel inspired by Sir Thomas Malory’s Le Morte D’Arthur, possibly the most popular version of the Arthurian legend. It’s enough to make your head hurt, but with every new iteration of the story comes a new turn on the old. Camelot aims for romance and idealism rather than the intellectual rumination on human nature found in The Once and Future King. In that respect, 2nd Star Productions’ Camelot delivers. The cast features some strong individual singing voices, and the group numbers ring with a quality reminiscent of the original 1960 cast. The actors portray the idealized characters with commitment and passion. So much idealism feels a little dated, but the production does not fall into the trap of trying to update the story with modern inconsistencies in design or performance.

Camelot’s King Arthur is hardly the dashing, heroic type. On his wedding day, he hides in a tree to avoid meeting his kingly duties face-to-face. As Arthur, Gary Seddon is down to earth and likable. As Arthur’s confidence grows, Seddon plays up the character’s unconquerable desire to do the right thing, even when faced with growing dissension in his realm, his wife’s infidelity, and his best friend’s betrayal. Seddon sings well, but he is at his best when delivering Arthur’s near-Shakespearean soliloquies, teetering on madness, as kings of legend are wont to do.

For such a large cast, the production is cohesive, due in large part to an ensemble of actors who play even the smallest roles with commitment.

Guenevere, who is more concerned with playing a damsel in distress than the fair and just ruling of a kingdom, has the potential to be an obnoxious character, but Emily Mudd plays the fabled queen with naiveté and humor. She also has the strongest singing voice of the cast, showcased best in “Before I Gaze at You Again,” where she bids Lancelot leave her side before she makes a choice she will regret. Lancelot, torn between devotion to his king and desire for a woman, is both a humorous caricature and a charismatic hero. Ben Harris commits to the character fully, and plays the humor of Lancelot’s obsessions with a straight face and an outrageous French accent. 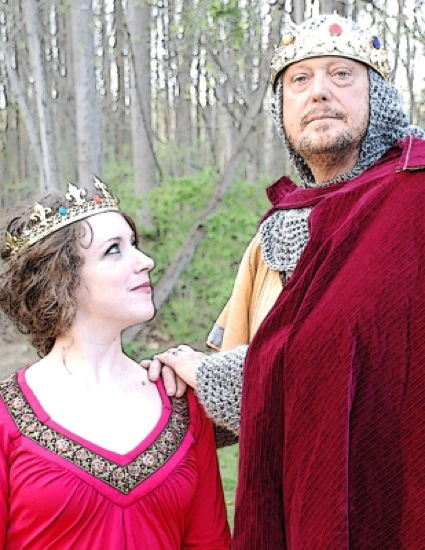 The supporting cast features strong performances by Nathan Bowen as Sir Dinadan, and Marty Hayes as Pellinore. The cast of this production is massive, but under the steady hand of director Jane B. Wingard, the stage never feels crowded. Group scenes move with all the precision of medieval court processions— perhaps lacking in theatrical oomph, but setting the proper atmosphere. “Fie on Goodness,” sung by the male cast and Michael Mathes as Arthur’s illegitimate son Mordred, is a rousing change from the more languid, sentimental musical numbers.

The orchestra is often off time and off-key, forcing the actors to wait politely between phrases while the instruments catch up. The scene transitions are slow and clumsy, letting more air into the run time, which tops off at around three hours. (The Bowie Playhouse is nestled back in the woods of the White Marsh Park, which has a closing time of 11pm— I started to worry during the intermission whether the audience would be stuck camping out all night until the gate opened again in the morning.)

Though the central conflict of the story is the affair between Guenevere and Lancelot, the story does have its villains in Mordred and his aunt Morgan LeFey (queen of the fairies, in this version). Michael Mathes’ Mordred is appropriately juvenile and whiny, but Rebecca Feibel’s characterization as Morgan goes only as far as strutting about the stage, hands on her hips, speaking in a pitchy British accent. Morgan’s entourage of fairies is colorful and exquisitely costumed, but choreographer Rebekka Meyer leaves the actors with little to do beyond interpretive dancing through every spare moment of the Morgan/Mordred scene. The effect is whimsical and silly, more Midsummer Night’s Dream than Mists of Avalon.

For such a large cast, the production is cohesive, due in large part to an ensemble of actors who play even the smallest roles with commitment. The evening is a long one, but it is full of endearing characters and classic songs that turn the King Arthur legend into a fairy tale.