Theatre Review: ‘Snoopy: The Musical’ at Theater Without Limits 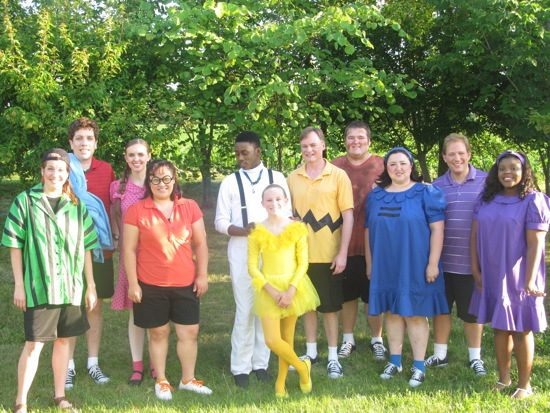 The Cast of ‘Snoopy: The Musical.’
Photo provided by Theater Without Limits.

The innaugural production of the Theater Without Limits company, Snoopy: The Musical,  opened Friday night to a house packed with theater supporters, parents beaming with pride and friends clapping for their friends on stage.  The Artistic Director, Suzi Eldridge, envisioned Theater Without Limits as a theater company that would bring local actors and musicians together with a wide range of students to create a fun and supportive environment, and this production of Snoopy confirms that Eldridge is barking up the right tree.

…when the entire cast comes together on stage, the support and joy is inspirational.

Snoopy: The Musical is based on the characters from the Charles M. Schulz comic strip “Peanuts” and is a sequel to You’re a Good Man, Charlie Brown that focuses more on the life of Snoopy. Written by Larry Grossman and Hal Hackady, with a book by Warren Lockhart, Arthur Whitelaw, and Michael Grace, Snoopy premiered on December 9, 1975, at the Little Fox Theatre in San Francisco, California, and has since become a favorite among professionals and amateurs alike.

Snoopy unfolds with a series of variety-style vignettes that contain short skits and musical numbers about the main Peanut characters.  Tiffany Beam as Lucy van Pelt uses the right amount of syrupiness and annoyance that Lucy is known for, and Rose Hahn, as Sally Brown, plays Charlie Brown’s (Hugh Carson) little sister with innocence and joy. 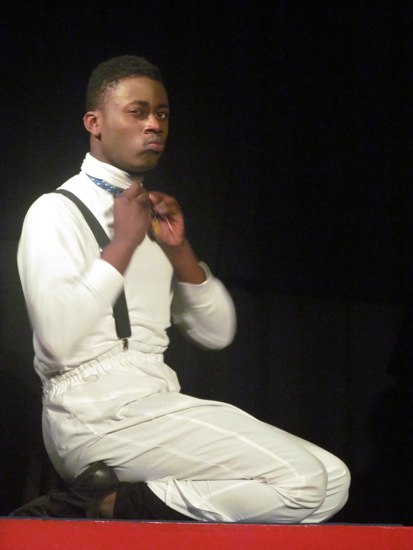 Xavier Brebnor as Snoopy.
Photo provided by Theater Without Limits.

Xavier Brebnor shines as an enthusiastic and animated Snoopy especially in the song, “The Big Bow Wow.”  The other actors that play the rest of the Peanut’s gang, Tommy Beam, Kevin D’Alesandro, Megan D’Alesandro, Heather Fillmore, Alex Meyer-Stokes, Paris Storey are a joy to watch; and Emma Roeder as Woodstock was especially delightful as Snoopy’s bird best friend.

The direction (Eric Besbris) and choreography (Deb Carson) made good use of the stage and the talent of the actors.  The Peanuts Band (Lynn Graham, Debbie Groth, Phyllis Stanley, Kevin Jones and Win Jones) provided the toe-tapping, live music, and the Theater’s young summer campers joined the actors on stage and enriched a few songs and scenes.

The final song of the evening was “Just One Person.” This song conveys that with just one person to support you, you can do anything, and when the entire cast comes together on stage, the support and joy is inspirational.

Snoopy: The Musical is only playing one weekend at Theater Without Limits, North Carroll Community School, 75 Lamb Drive off of route 97 in Westminster, MD.  For more information click here.