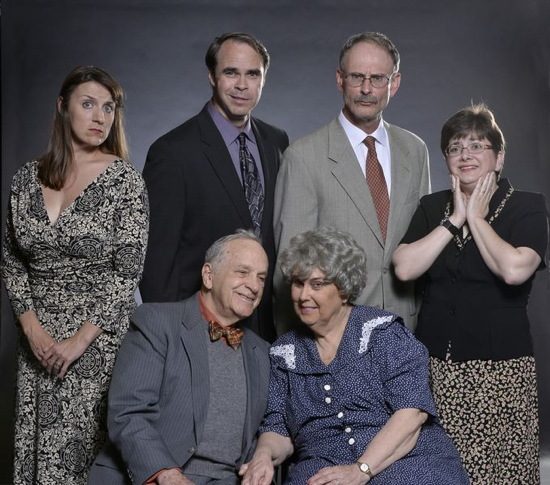 Community College of Baltimore County’s Cockpit in Court presents Social Security directed by Albert J. Boeren in their Cabaret-style theatre in the round.  The café feel, with the audience at tables circling the stage, is a very engaging way to see such a personal family dramedy, and this strong ensemble cast throws open their front door and greets you with a smile and a drink in their hands.

‘Social Security’ offers a truly enjoyable evening, one that will make you feel right at home.

Social Security, written by Andrew Bergman, who was dubbed by New York magazine in 1985 as “The Unknown King of Comedy,” opened on Broadway on April 17, 1986.  Security centers around two married art gallery owners, Barbara and David Kahn, who are happy focusing their lives on great works of art and the artists who paint them.  Their shining world is shattered when Barbara’s housewife sister Trudy leaves a cryptic phone message and announces that she and her husband, Martin, are on their way to talk to Barbara and David. 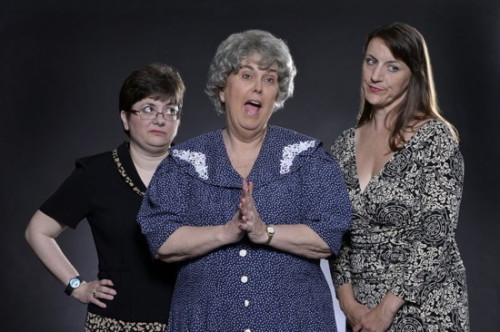 Hilarity ensues when Trudy and Michael Heyman must travel to Buffalo, NY to “save” their college-aged daughter from her choice of a ménage a trois living situation and deposit their archetypal Jewish mother on Barbara and David’s doorstep.  The family grows, becomes stronger and lives through a few bumps and bruises to an eventual happy ending.

Greg Guyton, as David Kahn, was fervently engaging as a fast moving, slightly uptight, successful art dealer, and Jenifer Skarzinski as Barbara Kahn portrays a women who must balance her guilt over lack of family involvement with her need to maintain her ideal life.  She does a fantastic job at showing the character’s fast-changing emotions. 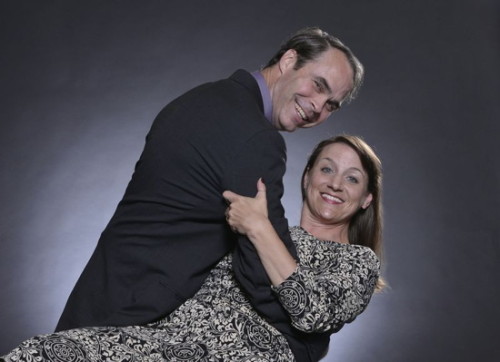 Regina Rose, as Trudy Heyman, is great at playing the sheltered, easily-shocked house wife, and Thom Peters, as Martin Heyman, effortlessly plays the slightly nerdy husband looking for more excitement in his life.

Marge Ricci, as the mother, Sophie Greengrass, steals the laughs with her purposely flat delivery of her lines, her movement on stage and her facial expressions.  Rounding out the cast is John Rowe, as the famous artist (and the Kahn’s houseguest) Maurice Koening.  It is a joy to watch him play a famous artist that more funny than egoistical.

Social Security offers a truly enjoyable evening, one that will make you feel right at home.