Synopsis: On his 35th birthday, Bobby, a commitment-phobic bachelor, searches for the answers to love and life in New York City. While enjoying the company of some lovely ladies, he observes both the joys and pitfalls of marriage from his five quirky couple friends – but is he ready? Only Bobby can find the answer in this witty and piercing examination of matrimony. For how else can you treat marriage, but as a comedy? 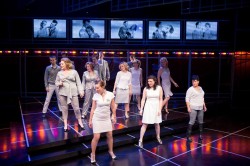 The Cast of ‘Company.’ Photo by Scott Suchman.

Synopsis: Elyot and Amanda, a divorced couple, rekindle their tempestuous relationship while honeymooning on the French Riviera with their new spouses. Noel Coward’s sparkling dialogue and rapier wit create one of the sexiest, most sophisticated comedies ever written–funny, gorgeous, and oozing with style. 3. The Guardsman at Kennedy Center 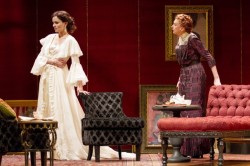 4. The Wiz at Tantallon Community Players

Synopsis: This funky musical adaptation of L. Frank Baum’s beloved classic “The Wonderful Wizard of Oz” explodes onstage with Dorothy, her friends and her little dog too, in a vibrant fusion of ’70s rock and Motown melodies.

“For such a large cast, the production is cohesive, due in large part to an ensemble of actors who play even the smallest roles with commitment.” -Rebecca Wyrick, MD Theatre Guide

Synopsis:  This is the classic story of King Arthur and the Knights of the Round Table, with beautiful singing, dancing, and pageantry. The play begins with the entire community of CAMELOT awaiting the arrival of Guenevere, King Arthur of England’s future Queen. In the end it is fourteen-year-old Tom who tells the world of Camelot’s quest for right and honor and justice. 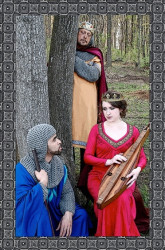