‘A Quick 5’ with Kate Fahrner 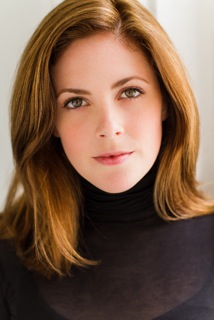 Kate Fahrner is currently playing Betty Rizzo in Grease at Walnut Street Theatre in Philadelphia which finishes up its run this weekend. She previously has played this role at Riverside Theatre in Florida. Previously at Walnut Street Theatre, Kate has been seen in Born Yesterday as Billie Dawn, Amber in Hairspray, Ellen in Miss Saigon, and Mrs. Cheveley in An Ideal Husband. She has played Glinda in Wicked both in Chicago and on Broadway. Other stage credits include Sarah Plain and Tall in NYC, understudying and playing Nellie Forbush on tour in South Pacific, and productions at Casa Manana, Musical Theatre West, Forestburgh Playhouse, John W. Engemen Theatre and Theatre Aspen.

What was your high school like and did you perform in productions while you were there?

I grew up in a very small town in Michigan.  One high school, about 200 people per class; everyone knew everyone.  I got into theatre a little late so I wasn’t playing roles right away, but I did the musical every year. The Music Man, Seven Brides for Seven Brothers, Pippin and Bye Bye Birdie – I played Kim. My senior year I took a drama class and I played the nerd (a male role) in Up the Down Staircase. 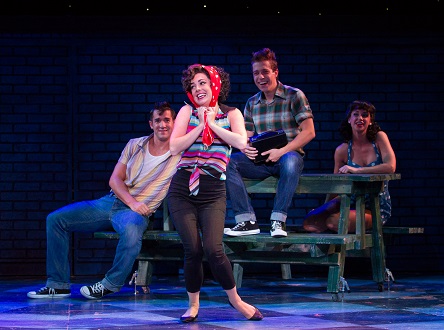 How do you best describe the character of Betty Rizzo?

I think Rizzo is like any other teenager out there, just trying to fit in and using the skills she has to do so.  She grew up in a not so great family, has had the same group of misfit toy friends since she was little and she is scared that a new girl is going to change all that.  Her toughness is all from insecurity.  She is also in her last year of school and there is a complete fear of what is next.  She doesn’t have the money or support like other kids have.

You have performed in several productions at Walnut Street Theatre. What do you enjoy the most about working at a theatre that has so much history?

It is so amazing to walk through the lobby of this theatre and see all the people who have performed here, I feel very privileged, but I must say, I keep coming back because of the family that works here.  Everyone in this theatre is amazing to work with.  The backstage crew, stage managers, dressers, people in the offices, the cleaning crew; this is an amazing family of people and it feels like coming home every time I am back.

You played Glinda in the Chicago company of Wicked and also performed in the show on Broadway. What do you remember most about your audition for that show?

What I remember most, is there were many auditions.  I went to two auditions without getting called back, there was a mix-up with one that I was supposed to be auditioning for Elphaba, but I didn’t know.  The third time I went in, I realized I had toothpaste on my dress, but third times a charm because I was called back the next day and used the same toothpaste dress.  I was called back the next day to dance and then moved to Chicago two days later to start rehearsal.  After I left the show I think I auditioned at least 8 more times over the course of three years and then got the Broadway company.  It’s not easy, you can never give up!

After Grease finishes its run, what is next for you?

I will be back over the holidays to do Elf at the Walnut.  In the mean time I will be trying to break into the film/tv world as well as trying to do more plays.  I want to break through the musical theatre wall.