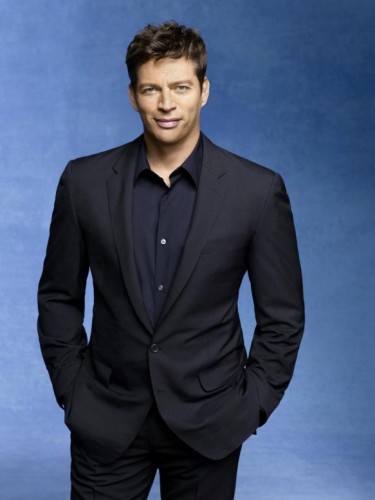 Multi Grammy and Emmy Award winning singer/composer/musican Harry Connick Jr. came to Wolf Trap and wowed the audience with his musical genius. With a song list that included standards, New Orleans jazz and music that just meant something personally to him, Connick held the audience spellbound for an eclectic two hour straight set.

Some of the many highlights in the concert included Rodgers and Hart’s “With a Song in My Heart,” Vincent Youmans, Billy Rose and Edward Eliscu’s “Without a Song,” Lerner and Lane’s “On a Clear Day You Can See Forever,” which Connick performed on Broadway in the show of the same name and a snazzy swung version of Rodgers and Hammerstein’s “This Nearly was Mine.”

The concert also featured guest solo artists such as a killer guitarist named Jonathan DuBose, Jr who was featured on a few gospel tunes. But by far my favorite guest appearance was by Connick’s dad. It was heartwarming to see father and son up there having a ball with “Bye Bye Blackbird.”

A lot of us first really became aware of Harry Connick Jr with the classic comedy When Harry Met Sally. Not only did Connick perform a medley of songs from the film but we learned that he was originally hired only to play a few piano cues. As recording artists dropped out of recording songs for the soundtrack, Connick eventually ended up singing all of the songs for the picture. He says that job changed his life.  If little unknown artists like Frank Sinatra and Ella Fitzgerald hadn’t dropped out of the film, Connick might not have become a household name.

Connick is also a multi talented musician. He can play all styles of music including funk and jazz and besides piano can play trumpet, conga drums and bongos. When backed by a swinging 14 piece ensemble, the music really soars and touches every emotion. He has a nice way about him with his audience and appreciates their feedback too. He says that some people like it when he plays funk, some people like it when he sings the standards and some people just want him to make dolphin movies, (referring to Dolphin Tale).

It doesn’t matter what you like about Harry Connick Jr, because there is so much to like. Here is a guy from New Orleans which has a rich musical history, and here he is singing the standards and composing and playing his own music. The party music from New Orleans heard in the concert gives you an idea of how much Connick appreciates his hometown.

With his superior musical abilities and likable audience rapport Harry Connick Jr’s concert is one you should definitely check out next time he comes through town.

READ Mark Beachy’s review of the concert from The Lyric.