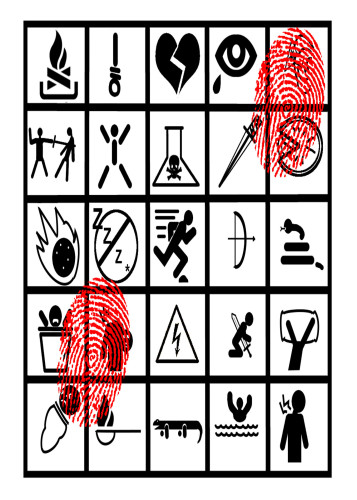 43 ½ isn’t exactly what you’d expect. Indeed, towards the end of the bloodbath on Wednesday night, an ensemble member looked out at the sold-out house and speculated that they had been “looking for something real and meaningful and wandered in here by mistake.”

If so, it was a happy accident; Nu Sass’ screamingly hilarious celebration of the “stabby bits” is one of the best adaptations to hit the stage this season—and certainly not to be missed at this year’s Fringe.

From its description and publicity, the show is set up as a mere compilation reel of Shakespearean murders, executions, and suicides (or were they accidents?). The reality is far more nuanced and engaging. In collaboration with the ensemble, writer/director Sun King Davis mixes and matches tragedies and aesthetics—drawing on everything from Kung Fu films to sock puppets and CSI. It’s comic bricolage, and it works.

The five-actor ensemble is flawless—stepping in and out of Shakespeare’s text effortlessly, and never stopping to take themselves seriously. They are: Jenna Berk, Ricardo Evans, Bess Kaye, Aubri O’Connor, Anne Nottage, and Danny Rovin.  Among the many highlights, “BBC 12’s” Punch and Judy show and the finale of Titus Andronicus stand out (during the latter, audience members in the bloody “splash zone” are covered with plastic sheets.)  To be clear, these aren’t all the tragedies; in a moment of senility, King Lear seems to have wandered out of the script (perhaps to hang out with Coriolanus and Timon of Athens).

The cramped, thrust stage could easily be a fight choreographer’s nightmare, but the cast handles it well, often with a healthy dose of camp.  In the end, Nu Sass’ bare stage is the perfect place for us to come together and laugh at death—over and over again.

Advisory: Some material may not be appropriate for children.