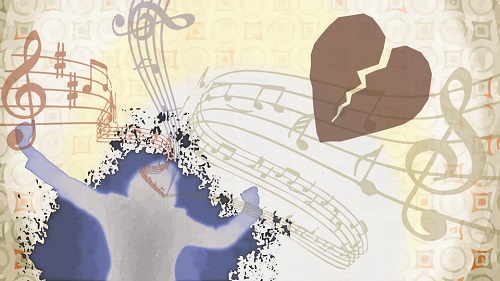 Mary Leaphart’s solo cabaret show Almost Together combines an eclectic list of show tunes mixed with a few pop standards and her personal story of her battle with Bi-Polar disorder.

This sounds like an interesting idea and when it works it is quite effective. More often than not, it doesn’t, not because Leaphart’s story isn’t intriguing; but the show has more singing than story, so you only scratch the surface of Leaphart’s tale of how she has been living with, as she calls the disease, “Bi-Polar Pete.” Leaphart also tells us about how she found her first therapist and how a good friend of hers held her hand through that first phone call. It struck me that the story could really have been developed more so the audience could understand more what people living with this disorder go through.

Leaphart’s song list is quite challenging to perform with songs by everyone from Stephen Sondheim to William Finn to Kerrigan and Lowdermilk. Her vocals are better on some of these songs than with others. A few highlights include “I’d Rather Be Sailing” by William Finn from A New Brain and Rick Hip-Flores’ “I’m Not Falling for You Anymore.” On these songs Leaphart’s voice, resonates beautifully and help to tell her story while being backed on the keyboard by Abbey Smith. In other instances her vocals seem quite forced and pitchy at times. The song “Life is Just A Bowl of Cherries” is used as a parallel because, for many people living with Bi-Polar disease, life is unfortunately not that sweet.

This is a show that can easily be more effective with a better balance between story and song. If Leaphart’s story and songs were more attached, Almost Together could be an even more powerful piece about one woman’s journey and the challenges in which she faces.

Almost Together plays through July 28, 2013, at Caos on F – 923 F Street NW, in Washington, DC. For performance times and to purchase tickets click here.