Fringe Review: ‘An Evening with General Ulysses S. Grant’ at Caos of F 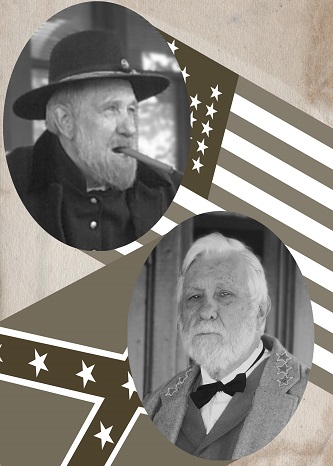 An Evening with General Ulysses S. Grant, written and performed by Storyteller “Country Joe” Rosier, has a disarming casualness about it.  When Grant enters the small conference space at Caos on F Street he greets us like we were old friends from West Point, shaking our hands and saying, “Hello!”  Then, he takes the stage and more or less in chronological fashion recounts the story of his life.

What is so disarming about Rosier’s performance is its utter lack of urgency.  He speaks to us as if he truly were a former president and the General who won the Civil War.  He is war weary, and exhausted, by drink perhaps, but most definitely by life’s “hardscrabble.”  He truly looks like the man who in a few short years would die of throat cancer.  In fact, on several occasions during the performance I wondered if General Grant would simply stop mid-sentence and excuse himself from the stage.

…a disarming casualness about it.

Some of the details of Grant’s life were interesting to hear, most particularly how he was unemployed and forced to sell firewood on the street only a few years prior to becoming a general.  Running a close second in interest was the fact that he found out about becoming a general from the newspaper: he read his name in a story about those recently promoted to the rank.

To be sure, Rosier’s performance needs some fine tuning.  It appeared on more than one occasion that he had to use a cheat sheet to help him remember his place.  A clearer end would have also helped; for on the night that I saw it, General Grant simply said, “Well, that’s it.  Now, other shows you can see at the Fringe….”

Advisory: suitable for all audiences.

An Evening with General Grant plays one more time at Caos on F Street, July 26 at 8:00.  For tickets click here.