Fringe Review: ‘I tried to be normal once, it didn’t take’ 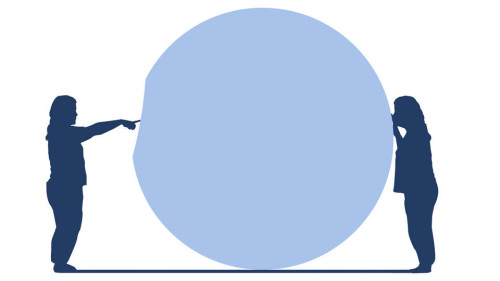 The key to a good solo show is to have an interesting story. For a performer, getting up in front of an audience and telling us about their real life experience can be unnerving. If the story is interesting, the audience could learn something about themselves while learning about the performer.  If the audience, however is like “I’ve heard this before,” then the show risks being a whine fest of sorts for the performer. This is the main problem with Stephanie Svec’s solo endeavor called I tried to be normal once, it didn’t take.

In her play, Svec recounts about how by day she is a mental health counselor and has taken almost every class there is at Studio Theatre, Washington Improv Theatre, and DC Improv Comedy School. She also tells us that she has performed at Adventure Theatre and assisted Holly Twyford on Stop Kiss at No Rules Theatre Company. Then we hear about how she was married at 22 and divorced six years later. The shows most interesting part was Svec explaining about the tight bond with her parents and how people always got them mixed up because her mother had a real deep voice.

If the story is interesting, the audience could learn something about themselves while learning about the performer.

At the performance I caught, Svec stumbled over lines several times and the word “ummm” was heard sporadically. I understand that Fringe is a training ground for some and I should be more forgiving, but I don’t think it’s asking too much for the performer to know the show well enough so not to interrupt the flow of the piece.

After either working on or seeing many of these kinds of shows, I desire to see knock-out performers who have unique and interesting stories to tell.  Maybe that is why Svec’s I tried to be normal once, it didn’t take didn’t resonate with me.

I tried to be normal once, it didn’t take played through July 27, 2013 at Caos on F-923 F Street NW, in Washington, DC. For more information about the show click here.