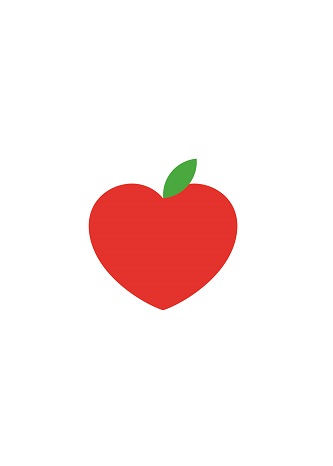 “In its first wild promise all the mystery and beauty in the world,” F. Scott Fitzgerald once said. He was referring, of course, to New York City. Paying tribute to this iconic city is Love, NY, a new pop musical is showing at the Capital Fringe Festival. Written by Robert Rokicki and Michael Ruby, this witty and poignant show focuses on the many people who call New York their home.

The plot orbits around Daniel, a longtime New Yorker, and Benji, a recent transfer. Much as Daniel is stuck in NYC, he finds himself stuck in  a dead-end relationship. Meanwhile Benji falls in with the first girl he meets in the city, only to find himself wondering if it’s really that simple. Daniel quickly became the star of the show, both in the script and in the hearts of the audience. Played by Lou Steele, Daniel was simultaneously hilarious and sincere. Both his emotional depth and his ease and comfort onstage were impressive.

Swinging in for the role of Benji was Christopher Rios. While Rios didn’t have the voice for the part (which is quite demanding and intense) his appearance and mannerisms perfectly matched the endearing, nerdy character of Benji. While his relationships with other actors weren’t always believable, for an understudy it was a solid performance.

…this little musical could make some very big waves.

Of course, you can’t have a show about love without some femmes fatales. Opposite Daniel were two women; his longtime girlfriend Laura, who won’t commit, and Emily, a new flame. Playing Laura was Robyn Swirling, and Emily was portrayed by Samantha Keogh. Swirling’s voice was not strong enough to carry the part, and she just didn’t seem nearly as relatable or as human as the other characters. Keogh, though the part was a little too high for her, had a lovely voice, and a refreshing energy that kept her love-triangle-plotline from going stale. She was adorable as the girl next door type, trying to bridge the awkward gap between friends and something more. Her performance was quirky and upbeat, and she was a delight to watch.

Other cast members in smaller parts made their presence known in memorable ways. Playing Benji’s controlling girlfriend, Hailey, was Caroline Mahoney. She had some rough patches, at times seeming to doubt her choices and movements onstage, but by the end of the show she was on firm footing once more and put in an admirable performance. Stealing the spotlight every chance he got was David Carter. He might only have been listed as “ensemble” but his roles were numerous. Whether it was Benji’s crazy roommate clad only in boxers and an Iron Man mask, or Emily’s elderly German neighbor, Carter made his presence known. With a good voice and a cheeky personality, Carter was sure to command the stage whenever he made an entrance.

The technical aspects of Love, NY were simple, which allowed the actors to shine. The set was minimal; the stage, when entering the theater, looked like any black box theater in the world. It lent itself to different locales because it was so simple and open-ended. The costumes seem to have been provided by the actors themselves, which made it seem more like reality, rather than a staged production. Choreography by Amanda Smith was predictable, but effective. Most of it included walking in circles to suggest the traffic and bustle of New York. The shining star of the technical categories was really the music and lyrics. Written by Ruby and Rokicki the melodies and lyrics are clever and laden with meaning. The songs are sure to get stuck in your head.

Although this is not the first time Love, NY has been performed, it still feels new and exciting. There’s an energy to this show that comes from actors and technicians knowing that they have a great product, and wanting to showcase it to the best of their abilities. There’s still some fine-tuning to be done, but with a show this catchy, and some of these talented actors, this little musical could make some very big waves.