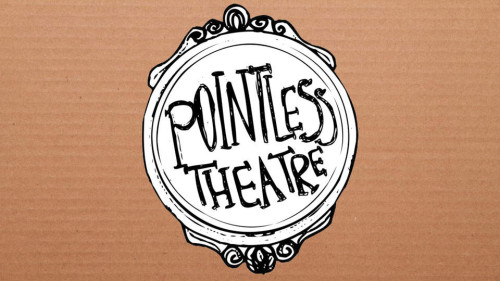 Three cheers for what has to be the down-homiest, eye-catchiest, gee-whizziest show in the Fringe.  And three special cheers for Pointless Theatre Founders and Designers Patti Kalil and Matt Reckeweg, who also conceived the show, for their endlessly surprising, low-tech, high-concept visual set and puppet delights of Mark Twain’s Riverboat Extravaganza.  This is one show the whole family can enjoy—from the perkiest of children to the weariest of summer-worn parents to the sullenest of teenagers (well, maybe not them).   Whatever your mood, this show will likely warm you right up in Studio Theatre’s A+ air conditioning.

In the guise of such iconic Mark Twain characters as Huck and Jim, Tom Sawyer and Becky Thatcher, the cast—led by Twain himself—takes us on a tall-tale-bending, whistlestop tour of Americana’s own mythic heroes: Paul Bunyon, Johnny Appleseed, Casey Jones, Pecos Bill, and John Henry, as well as Washington Irving’s legendary characters Rip Van Winkle and the Headless Horseman.  Along the way, designers Kalil and Reckeweg continually charm us with their wacky, ingenious, and well-crafted old-school theatre forms.  The list of wonderful devices is long and lovely, but special applause to the versatile stage trees, Johnny Appleseed’s “tiny” orchards, the shadow puppet rendition of The Legend of Sleepy Hollow, the battling Union and Confederate soldiers, the frowning steam engine, and the “Tara-sized” bonnet of the Old South.

… an energetic young company of energetic and imaginative young theatre artists bound and determined to entertain its audiences.

The young cast, led by a white-wigged David Lloyd Olson as Twain, kept the riverboat revved in high gear the whole journey, beginning with their zany pre-show antics and through a few late audience arrivals whom they gleefully steered to their seats and continuing to the final romping curtain call.  The entire ensemble worked seamlessly throughout, a real feast of old-time showbiz tomfoolery. Zachary Latta as the ever-earnest Huck Finn and Johnny Appleseed brought a 6 ft+ boyish charm to his roles, and Frank Cervarich as the ever-mischievous and self-involved Tom Sawyer and as the even more comically narcissistic Paul Bunyan brought a good natured knucklheadedness to the roles.  Rebecca Ballinger’s Becky Thatcher dazzled with her radiant cheeriness and Southern belle charm, and her palpitating rendition of heroic train engineer Casey Jones amused.

Rachel Menyuk ably served both as an onstage stagehand and as the voice and puppeteer for Honest Abe Lincoln, who ceremoniously appeared periodically to question the veracity of Pointless Theatre’s historics.   The evening’s one serious, moving moment came with the tale of John Henry—a dramatic crescendo fueled by the timeliness of the displacement of the world’s workers by the mechanization of all things.  Tim German as John Henry—the legendary “steel-driver” railroad worker who out worked the steam-powered hammer only to die of exhaustion—brought not only dramatic gravitas and resonate vocals to the character but energized it as well with an effective tap danced rendition of John Henry’s steel driving feat.

Advisory: For All ages.