Fringe Review: ‘The Deadly Seven’ at the Warehouse 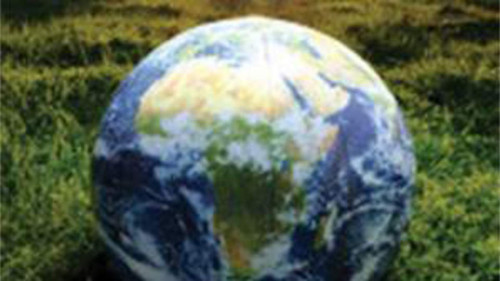 If one ventures into Ten14’s production of The Deadly Seven at the Warehouse, be forewarned.  One will not so much be attending a theatre event in the strictest sense of the word, but rather you will have walked into a happening, or maybe a church service, or more likely a protest—with dance.

The story of The Deadly Seven goes like this.  A new black DC preacher working in the Chinatown district rails against homosexuality and lewdness even as she herself loves women and more than a pocketful of money.  The spirit of the old preacher, another female preacher with a secret “wife,” uses music and dance that is decided not church dancing to wear the “holiness” out of the preacher until…

The story, however, is not what The Deadly Seven is really about.  This event with dance is about the need to open the Black Church (and by inference all churches) up to the reality of gay, lesbian, bisexual and transgender people.  To open up those churches so that they will accept differences in sexual orientation and behavior equally.  Over the course of the 70-minute program, of which 35 minutes are dances performed with grace and power by three men and three women from the Oasis Dance Company (sorry, but without a program I have no way of knowing the performers names.)

…discussing the issues related to gay, lesbian,bisexual and transgendered African Americans within the Black church with honest sincerity.

In between dance numbers, various people step to the foreground and tell their individual stories, about being a lesbian within a church community, about being a vibrant gay singer in the church choir, or about Trayvon Martin—yes, with the performance happening the day after the not guilty verdict in the murder of Trayvon, one of the presenters decided to address her “envy” of white parents and their lack of fear for the death of their children. (As a white parent, with a son who grew up in Northeast DC, I can assure the presenter that my fears were nightly even if to a lesser degree than the fears of black parents.) Each presenter offered us his or her heartfelt testimonial about living with difference within a heterosexually dominate world, and the need for change.

In fact, The Deadly Seven shined brightest when the dancers and the testimonials were offered.  The more “theatrical” moments and characters did not have the same authenticity and simple straightforward passion.

That said The Deadly Seven gives its audience a rare glimpse into a potent subject, discussing the issues related to gay, lesbian,bisexual and transgendered African Americans within the Black church with honest sincerity.

The Deadly Seven has two more performances.  Click here for information and tickets.