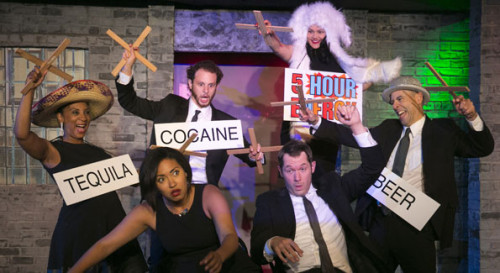 The reputation of The Second City improv troupe precedes them. Their list of famous alumni across film, television and stage likely could fill the entire word count of this review, so when they send a touring group to perform at Woolly Mammoth Theatre, audiences should take notice of a match made in theatrical heaven.

The Second City ensemble consists of Chicago veterans Sayjal Joshi, Martin Garcia, Claudia Michelle Wallace, Niccole Thurman and Scott Morehead alongside the local DC addition of Aaron Bliden. That they are an enormously talented bunch goes with saying, but the most refreshing aspect of the show is in how it uses that talent to tow the line between social commentary and raucous entertainment.

Entitled “America All Better,” the part-improv, part-scripted set aims for a broad skewering of American political, social and cultural life. Scenes range from an improvised musical about gay marriage to Jesus addressing Congress, and nearly all of them with the exception of the encore improv scenes contain at least one reference to a current event or trend. They range in length from 5 seconds to 10 minutes, and even manage to find a few moments of genuine tenderness amid the hilarity.

Meanwhile, the promised commentary ranges from biting to amusing, but even during its most topical moments, nothing ever feels canned or scripted (even when it is). The manic energy, blindingly quick wit and laser precise timing of the ensemble members is allowed to shine through to the fullest where a lesser group might have become bogged down in endless references and observations. 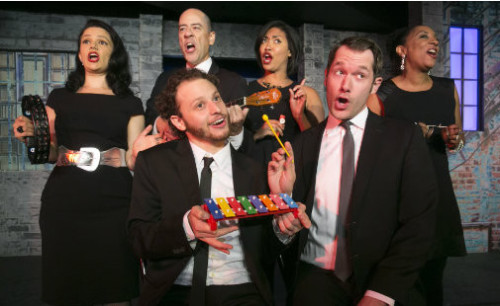 It’s is a good thing too, because watching the Second City ensemble do what they do best is downright mesmerizing. It isn’t just that each member clearly possesses an incredible amount of individual talent (they all do), it is in how seamlessly they work together as one comedic unit. Every shift, transition and potential joke presented by a performer in the improvised scenes is detected by the other cast members at a speed that seems imperceptible, as if the people onstage are tapped into an entirely different frequency than the ones in the audience. They end scenes at the perfect time, react to completely unexpected situations in unison and even in a few cases sing the same improvised rhyming lyric simultaneously! It would almost be scary to watch if it didn’t result in such a constant stream of gut wrenching laughter.

At one point, the Second City members pull a random male in the audience onstage to serve as one half of a gay wedding for the aforementioned musical. This is by no means a new convention, but few groups manage to make it seem like anything more than a gimmick. The Second City ensemble at Woolly not only avoid this but manage to make the scene just as funny as it would have been if one of them had played the husband to be. The level of discipline required to perform that feat is spectacular and could only come from a brand as prestigious as Second City.

Woolly Mammoth itself of course deserves some praise, and not just for hosting the group. Their lobby setup provides a thought provoking experiment, with graphs and charts mapping in detail the various problems in America the performance pokes fun at imploring audience members to just for a fleeting second consider things in a serious light (or at least as serious as Woolly is ever capable of getting). Inside, the rambunctious lighting and carefully crafted sound design complemented the performers, filling in whatever gaps their intentional lack of props and set created for them. The Second City performers feel right at home on Woolly’s stage, which is quite an accomplishment given the fact that Second City members frequently find themselves graduating to the stage of Saturday Night Live.

Running Time: 110 minutes plus an intermission.