Through Lines: ‘They Call Me Q’ – Standing Apart, Standing Together

Of the 125 productions at this year’s Capital Fringe Festival, 33 are solo performances. There are solo shows about dementia, about Robert F. Kennedy, and about what happens when you just say “yes.” Many have made the rounds of other Fringe Festivals; others are world premieres.

For the producer of a solo show, it is all about setting the show apart, making your performer and his or her material unique. Sometimes, the show relates a very personal experience, like when someone has to tell his conservative dad that he’s become a Democrat. Sometimes, it is an actual play, fictional and rooted in the quest to find the borrower of a 125-year-old library book.

And then there’s They Call Me Q, a one woman show that embodies the diversity that was and is the Bronx. Written and performed by Qurrat Ann Kadwani, the founding Artistic Director of the eyeBLINK Theatre, the show is not as Ms. Kadwani herself explains “your run of the mill immigrant story.” Rather, Q delves into the diversity that is in all of us. Through character monologues Ms. Kadwani gives us 13 unique New Yorkers in its fast 60 minutes, and in the process reveals how those people have shaped who she herself has become.

That’s how this show reaches beyond its solo act and into the lives of its audience members. “No matter where I perform,” Ms. Kadwani says, “audiences feel my play tells their story.” And even more importantly that story needs to be told. 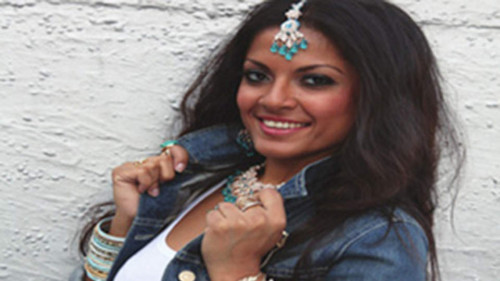 Ms. Kadwani premiered They Call Me Q in 2012, after developing the script for more than 4 years. Besides the in-depth character studies, the performance relies on a good deal of direct interaction with the audience. In fact, it is the intimacy of that “conversation” that Ms. Kadwani has with the audience that allows her to connect so deeply with individual audience members no matter where she has performed it. She has taken Q to Chicago, Orlando, Montreal, Maui—not to mention performing it in her own backyard: New York—plus many other cities. And no matter where she performs people engage in its central quest: to find community in a contemporary America that pulls the individual in all directions without providing a center.

“Performing this show has given me a strength I never had before. I feel proud to be who I am with all the highs and lows in life – my experiences have made me who I am.” And those experiences are found in the different characters she gives her audience on stage. In this way They Call Me Q is not just about a single person; it’s about a world of people and how that world shapes each and every one of us.

Then again, one of the reasons audiences like solo shows is because people enjoy an accomplishment, and they like audacity, and both are embedded in the act of performing solo. Alone on stage, for an hour, entertaining a crowd, engaging them, hopefully mesmerizing them with thought or feeling. “I personally love the solo play form so much,” Ms. Kadwani says, “when it’s done well, it leaves the audience in awe thinking, how could one person do everything it normally takes an entire cast of actors?”

And that’s the secret of They Call Me Q and its success. Even though it is performed by a single person, it leaves its audiences with that feeling that they have seen the world. As Ms. Kadwani exclaims: “To top it off, so many of my audiences have told me it felt like there was an entire cast on stage!”

They Call Me Q opens today at the Gearbox, 1021 7th Street NW 3rd Floor, across from the Convention Center. For tickets and info, click here.