‘A Quick 5’ with Jeremy Skidmore 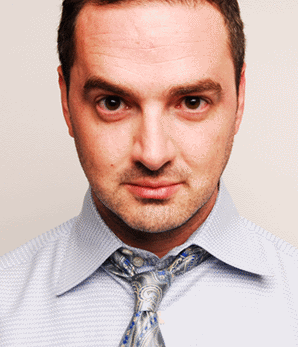 Jeremy Skidmore is quite busy these days. He has returned to Round House Theatre to direct their season opener production of The Beauty Queen of Leenane. He previously directed Round House’s productions of Bengal Tiger at the Baghdad Zoo and My Name Is Asher Lev. As if that isn’t enough,  his production of A Few Good Men is currently running at Keegan Theatre. He has been based in Washington, DC for the last 12 years, where he served for two years as President of the Capital Talent Agency, two years as Producer of the Source Festival, and six years as the Artistic Director of Theater Alliance. Jeremy is an Associate Artist with Signature Theatre where he has directed The Lieutenant of Inishmore, Dirty Blonde, and Crave. Other projects in the DC area have included Never the Sinner for 1st Stage, New Jerusalem for Theater J (Helen Hayes nomination for Outstanding Production), Angels in America for Forum Theatre (Helen Hayes nomination for Outstanding Direction and Production), The Pavilion for The Hub Theatre, If You Give a Moose a Muffin for Adventure Theatre, Art for Everyman Theatre, Stuff Happens for Olney Theatre Company, The Gingham Dog for African Continuum Theatre, After the Flood for Rorschach Theatre, The Learned Ladies for Catalyst Theatre Company, and Tales From Ovid, Slaughter City, Painted Alice, The Dispute, Mary’s Wedding (Helen Hayes nomination for Outstanding Direction and Production), Gross Indecency, Blue/Orange, and Ambition Facing West for Theater Alliance. Outside of DC, Jeremy has directed, produced or taught in North Carolina, Pennsylvania, Delaware, New York, Chicago, Los Angeles, Atlanta, London, Oslo, Galway, Kilimanjaro, Tokyo, Macau, and Tai Pei. He is a Member of the Stage Directors and Choreographers Society. Needless to say, Jeremy is one of the hardest working directors in the DC area. As you will read he has more in store for this season. Can’t wait!

What was your first directing assignment in the DC area?

Can you please tell us about what your process is when you start work on a production?

It varies wildly depending on the production. For a show like Angels In America at Forum Theatre it was wonderfully team based. The pre-production process was driven by collective minds frequently sitting down face to face in order to talk through the entire play together. For Bengal Tiger at the Baghdad Zoo at Round House Theatre, we literally storyboarded all the scenes for the production much like they do in films. This allowed us to be very specific in how we planned to create the world of each scene in terms of lighting and use of space.

You directed New Jerusalem at Theater J both times it played there. Were there any changes that you made from the first to the second engagements of this play?

There were three actors who came on as new members of the cast for the remounted production. Their individual perspectives and unique realizations of their characters changed the production quite a bit. As a result of their new ideas, we restaged much of the second act. And the returning actors achieved more finely etched performances the second time around, breathing a deeper and more colorful life into the characters.

What is it about the language of Martin McDonough that makes plays like The Beauty Queen of Leenane so great to work on?

His words have a simple cruelty to them. Characters often reduce their anger or resentment or fear into the most essential use of language possible. This makes their perspectives incredibly honest while allowing seeming limitless amount of subtext.

Can you please tell us about your next few upcoming projects?

I currently have a production of A Few Good Men running at Keegan Theatre. I am also in rehearsal for a new one man show about Alexander Graham Bell written by Jim Lehrer and performed by Rick Foucheux for National Geographic. They commissioned the play to celebrate their 125 anniversary, and it is the first play they have ever produced in the history of the company.