Concert Review: Euan Morton: ‘As You Like It’ at Signature Theatre 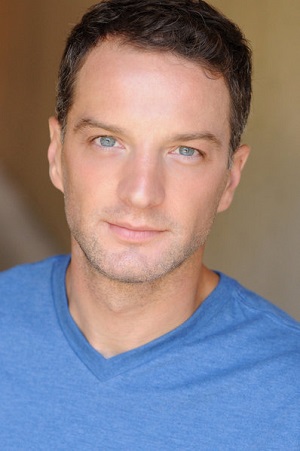 There is always a danger in performing when you let the audience decide your repertoire for the evening.  The only reason this approach works is because of the pop rock vocal stylings of Tony Award nominated actor, singer and star of Broadway’s Boy George spectacular Taboo, Euan Morton.

With a smooth and likable sound, Morton let his audience in on the fun as his song list included pop and showtunes alike, all with his great easy going style.

In Morton’s new cabaret, As You Like It, the evening started out on a high note as Morton sang his big song from Taboo called “Stranger in This World.” It’s hard to believe that it will be ten years since this show appeared on Broadway and America came to know Euan Morton as a powerhouse performer.

After that we stayed on track with a beautiful Bob Dylan song called “Make You Feel My Love” followed by “Anthem” from Chess which Morton sang in Signature Theatre’s production of that show in 2010.

So far the evening sounds like a well planned concert, but now, this is where the audience component threw things off. Morton had asked his audience for requests via Facebook and a fishbowl out in the lobby. They even got to choose which color shirt he got to wear for the performance. Unfortunately, he got a lot of repeat requests of songs they are used to hearing him sing and Morton was looking to branch out a bit. He did do a nice job sight reading John Lennon’s “Beautiful Boy” and a valiant attempt was made with “Hatikvah.” His pianist Bryan Reeder is a real trouper and is the consummate musician for being up to the challenge of playing whatever was thrown in front of him.

Morton’s attempt of inviting a few of his friends up onstage to perform “Who Will Buy” from Oliver, while a nice idea, just went on too long. Despite little missteps with the audience participation component, you have to hand it to Morton. He was willing to brave the outcome and never got flustered if something went wrong.

A few other vocal highlights included “Words He Doesn’t Say” from an underappreciated musical called Romance Romance and a gorgeous song called “You Have to Be There” from a show not yet seen in full production in the states called Kristina. Before you ask, yes he did do the fan favorites including “Hallelujah” and “La Vie en Rose” and, as usual Morton did them to vocal perfection.

All in all Morton proved he could be spontaneous while delivering ten fold with his solid vocal instrument.

Running Time: One Hour and 45 minutes with no intermission.

This two night performance on July 31st and Aug 1st 2013 was a sold out engagement at Signature Theatre. For more info on the rest of Signature Theatre’s Sizzlin’ Summer Cabaret Series, click here.