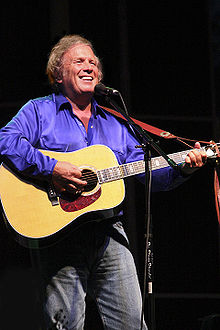 Although Don McLean and his repertoire of hits from “American Pie” to “Vincent” was the headliner, Judy Collins with her still angelic, pure voice was the Wolf Trap regular, making her 30th appearance at the national park.  Both sang their obligatory tunes with relish to the mostly baby boomer audience, while introducing them to their newest creations.  And the experience was an absolutely joy.

Judy Collins led off the evening, combining folk songs and Irish ballads, and peppered them with numerous stories about her illustrious 50 year career in music.  The audience enjoyed their favorites as well as newer works, particularly “You Are Not Forgotten (Walls),” a song remembering Korean War veterans inspired by her husband’s work on the Mall’s Korean War Memorial.

Collins’ performance was graceful and beautiful, but it was her a cappella rendition of Shel Silverstein’s “In the Hills of Shilo” that proved most memorable.  Collins’ voice is still crystalline and, with guitar and piano silent, the audience could sit immersed in the pure notes of her sad ballad.  The only problem was that afterwards the poor piano and guitar sounded somewhat like intruders on any song they joined in.

…the old boomers stood on their feet clapping and singing like the natural born rockers they still are.

Don McLean and his five member band took the stage after intermission.  Whereas the Collins’ experience was a sea of sensual sounds, heartfelt notes, and interesting anecdotes, McLean gave the audience the thoughtful lyrics of a master songwriter.  Saving his better known songs till later in his set, McLean offered us “Have You Seen Me” and “Jerusalem.” 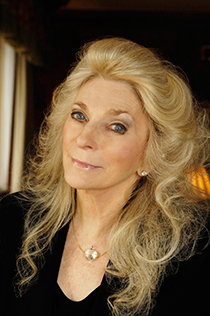 Both songs immediately made us listen to the meaning of the words, with the first exploring the plight of the disappeared and forgotten children of America and the world and the second, a song reaching out for peace:

The mostly sedate baby boomer audience gradually warmed up their old bones the deeper McLean got into his set.  When he brought the evening to a conclusion with a rousing rendition of “American Pie,” the old boomers stood on their feet clapping and singing like the natural born rockers they still are.