Theatre Review: ‘Me and My Girl’ at Cockpit in Court 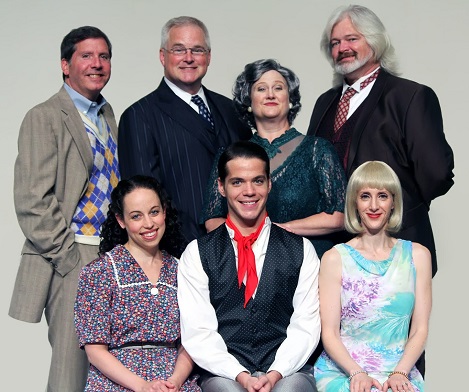 If modern musicals like Rent and Spring Awakening aren’t your cup of tea, then Cockpit in Court Summer Theatre’s production of Me and My Girl is sure to satisfy and is jolly good ’till the very last drop.

Originally produced for London’s West End in 1937, the musical’s book received a revision by Stephen Fry with Mike Ockrent in the 1980s. Breathing new life into this classic musical, the show opened in the West End in 1985 and received 2 Laurence Olivier Awards before transferring to Broadway in 1986 and winning 3 of its 11 Tony Award nominations.

The true success of Me and My Girl must be credited to the splendidly memorable music by Noel Gay and its original book and lyrics by Douglas Furber and L. Arthur Rose.  Though written in the 1930s, the classic songs don’t sound dusty.  In fact, the songs are lively, meaningful, and fun!

Cockpit in Court Summer Theatre’s production of ‘Me and My Girl’ is sure to satisfy and is jolly good ’till the very last drop.

Me and My Girl tells the story of an unapologetically unrefined cockney gentleman named Bill Snibson (played by a handsome and lovable Kevin Connell Muth) who learns that he is the 14th heir to the Earl of Hereford with action set in Hampshire, Mayfair, and Lambeth.  Similar to the character of Professor Henry Higgins from My Fair Lady, Duchess Maria, Matriarch of the Herford Family (played by a believable Judi Milgram) tries to give Bill a makeover to make him more posh and dignified.  Bill’s sweetheart, Sally Smith (played by singing talent Julie Parrish) loves him for who he is, but is willing to leave him if it means that he would be more accepted in the upper class community.  In the end, the story teaches that you should just be yourself!  And the song entitled “Love Makes The World Go Round” is indeed true. 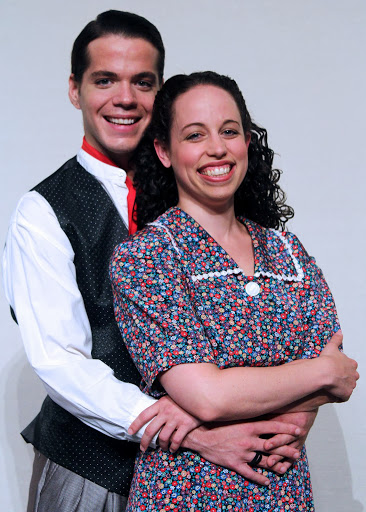 Tom Wyatt is on my personal list of favorite directors and choreographers in the Greater Baltimore Area.  From good staging, to terrific casting, and his ability to bring out the best in his production team, Mr. Wyatt is a man I can trust to present a quality musical.

Tom wears many hats including also serving as the musical director and costume coordinator.  How often have you been to a musical where you can’t understand half of what the ensemble is singing? Here, I can assure you that you can understand all the lyrics and that Wyatt has directed the ensemble to enunciate, especially during the song, “The Sun Has Got His Hat On.” Costumes are also successful. In particular, the men look dashing in their formal wear thanks to the Tuxedo House.

Patrick Martyn (Gerald Bolingbroke) had me laughing out loud when he was describing his daily schedule of waking up at noon, Jeff Burch (Herbert Parchester) is cute whenever he sings and dances to the song “The Family Solicitor,” James Hunnicutt (Sir John Tremayne) looks and sounds the part, adding a bit of authenticity to the show, and Amy Agnese (Lady Jacqueline Carstone) who dances and sings very well.

Other cast members of note include, Chip Meister and Kristen Cooley (Lord and Lady Battersby), Jennifer Viets (Lady Damming), and Will Poxon as Sir Jasper Tring, the oldest living Hereford.

Dancing and singing their hearts out, the entire ensemble did a fabulous job!  Look for some impressive dance moves, including some tap dancing. Ensemble member Lauren Everd goes the extra mile with her large facial expressions during the dances which made it all the more fun to watch!

Me and My Girl isn’t performed as much as I feel it deserves.  So if you have the chance, go and see it!

Running Time: Approximately two hours and 50 minutes, with one intermission.

Me & My Girl plays through August 4, 2013 at Cockpit in Court— on the main stage of the Theatre Building of the Community of College of Baltimore County Essex Campus – 7201 Rossville Boulevard, in Rosedale, MD. For tickets, call the box office at (443) 840-2787, or purchase them online.