‘A Quick 5’ with André DeShields 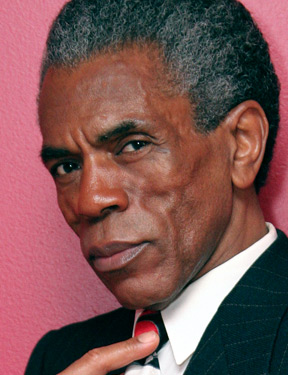 André DeShields is currently performing in The Jungle Book at Boston’s Huntington Theatre Company in the roles of King Louie and Akela. He created the roles at Chicago’s Goodman Theatre. Previous Goodman Theatre credits include Camino Real, Play On! (Jeff Award; Black Theater Alliance Award) and Waiting for Godot. Other Chicago credits include The Gospel According to James at Victory Gardens Theater; Poe and Warp! at Organic Theater Company; Hair (professional debut) at the Shubert Theater and The Me Nobody Knows at Civic Stage. He has appeared on Broadway in Impressionism, Prymate (Drama Desk Award nomination), The Full Monty (Tony Award nomination), Play On! (Tony Award nomination), Ain’t Misbehavin’ (Drama Desk Award nomination) and The Wiz. Mr. De Shields’ off-Broadway credits include Knock Me a Kiss (Audelco Award for Best Actor) at the New Federal Theatre, The Bacchae at the New York Shakespeare Festival and Angel Levine at Playhouse 91 He has appeared on film in Extreme Measures, and his television credits include Law & Order, Sex and the City, Lipstick Jungle, Life on Mars, Rescue Me, Cosby and Ain’t Misbehavin’ (Emmy Award). Mr. De Shields won a Jeff Award for Best Director for The Colored Museum at Victory Gardens Theater, and was the choreographer for Bette Midler and the Harlettes at The Happy Medium. He is a recipient of the 2012 Fox Foundation Fellowship/Distinguished Achievement, and will be completing his residency at Chicago’s Victory Gardens Theater. I first saw André DeShields in the original cast of The Wiz and have been following his career ever since. His “I Wanna Be Like You” is a definite showstopper in The Jungle Book and here’s hoping the show continues so you can see what I’ve been watching for almost 40 years now, the incredible talent of one André DeShields.

Were any of your family members performers and how did you get the performing bug? 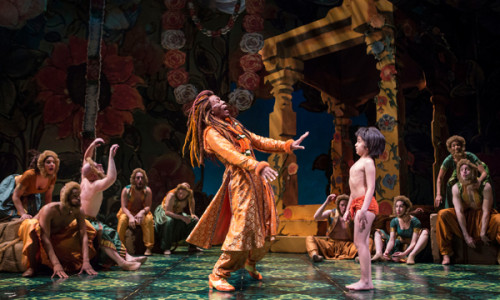 What can audiences expect to see when they attend this new stage adaptation of The Jungle Book?

When audiences attend the Mary Zimmerman production of The Jungle Book, they can expect a fairy tale for the 21st century that benefits from a cast, which is multi-cultural, ethnically diverse and intergenerational, providing a cautionary tale for the young of age and the young at heart.

One of my first Broadway experiences was seeing you in the original production of The Wiz. The score was written by our dearly departed musical genius Charlie Smalls. What do you remember most about him and do you think he would have continued writing for the theatre?

What I remember most about Charlie Smalls, composer of the score to the Tony Award winning Broadway musical The Wiz, is his unswerving vote of confidence that I should create the title role, when all others on the artistic team perceived me as too young for the role.

You were in an off-Broadway musical a while ago called Angel Levine. Can you please tell us about what that musical was about and what do you remember most about it?

The off-Broadway musical The Angel Levine told the story of a community of Black Hebrews who dwelled in Harlem in New York City. Levine—a member of that congregation—died before properly atoning for his earthly transgressions. Therefore, upon arriving at Heaven’s gate, he was refused wings and entry, but ultimately was given special dispensation to return to Earth, where he corrected the situation through a series of selfless deeds. Finally, Levine earned his wings, and his spirit rested in peace. I portrayed the title character.

What is next for you after The Jungle Book finishes its Chicago and Boston engagements?

After the Chicago and Boston engagements of The Jungle Book, I am off to New Orleans, Louisiana in order to deliver the keynote address at the International Conference of Fine Arts Deans. The subject of my address is “The Artist As Alchemist.”