Breaking News: Ford’s Theatre Closed in Shutdown but ‘Laramie Project’ to be Performed For Free at Other Venues 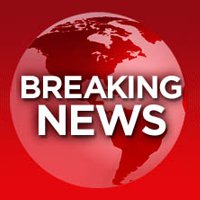 “On Tuesday, October 1, the Society was told that we cannot perform in Ford’s Theatre during the government shutdown, even though we are a private non-profit 501(c)(3) organization that does not use any federal funding or federal employees for our programming,” explained Ford’s Theatre Society Director Paul R. Tetreault. “We are grateful to our downtown neighbors at the First Congregational United Church of Christ for inviting us through their doors to tell this important story. This weekend will mark 15 years since Matthew Shepard’s beating. That milestone will arrive regardless of what happens in Congress. We felt it was vital to find a way to continue telling this story now.”

As the government shutdown progresses, the Ford’s Theatre Society will be in touch with patrons regarding the status of their performances and programming.

About the First Congregational United Church of Christ

First Congregational is a congregation of the United Church of Christ which has a long history of advocating for the rights of all. As a Congregational Church founded in 1865, we have been deeply involved in the history of Washington, and remain deeply rooted in history while engaged in exploring new forms of faithfulness. During the Civil Rights movement in the 1960s, First Church was always engaged on the side of racial justice, working for change and serving as a staging area for the 1963 March on Washington. In 1987, First Church formally voted to become an Open and Affirming congregation in the UCC, welcoming all people regardless of sexual identity. We assert that community responsibilities and steadfast love balance autonomy and freedom. We come together to keep each other grounded in times of stress and receptive to the wonder of life in times of joy. For more information, visit https://www.firstuccdc.org/

The Center for Education and Leadership, which is owned and operated by the Society, will stay open; hours have been extended from 9 a.m. to 7 p.m. during the government shutdown. Housed in a building directly across the street from the historic theatre, the Center features a 34-ft sculpture of Lincoln books and two floors of permanent exhibits that bring the values and ideals of Lincoln from the past into the present, examining the immediate aftermath of Lincoln’s death and his multi-faceted legacy. It also includes one floor of temporary exhibits, currently showing Not Alone: The Power of Response. Not Alone features a selection of letters sent to Matthew Shepard’s family in order to explore the themes ofempathy, community response and personal responsibility. It is presented in conjunction with the Society’s production of The Laramie Project.

Special Exhibition- Not Alone: The Power of Response
Second Floor Gallery: Center for Education and Leadership (514 Tenth Street NW)
Through November 3, 2013
Following Matthew Shepard’s attack in 1998, complete strangers from all over the world, moved by the horrific circumstances of Matthew’s death, reached out to his parents, Judy and Dennis Shepard, to share their condolences, outrage, grief, love and support. Not Alone: The Power of Response pairs artist Jeff Sheng’s Where Matthew Lay Dying, a hauntingly beautiful composite photograph of the fence outside Laramie—taken from Matthew’s perspective—with a selection of the letters sent to the Shepard family in order to explore the themes of empathy, community response and personal responsibility.

Lincoln Legacy Project Panel Discussions
The free panel discussion With Charity for All: Lives Changed by Hate will take place Monday, October 7, 2013, at 7 p.m. It has been relocated to the Center for Education and Leadership. The discussion will feature: Dave O’Malley, who was the lead investigator into the 1998 murder of Matthew Shepard; Billy Rowles, who was Jasper County Sheriff during the 1998 murder of James Byrd, Jr.; and The Washington Post’s Jonathan Capehart as moderator.

On the night of April 14, 1865, Detective James McDevitt was on duty at the Washington Metropolitan Police headquarters, a half-block from Ford’s Theatre. Just before 10:30, frantic witnesses rushed in with horrifying news: President Lincoln had been shot at the theatre. Join Detective McDevitt as he revisits the sites and reexamines the clues from the investigation into the Lincoln Assassination Conspiracy. Investigation: Detective McDevitt lasts approximately two hours and makes at least eight stops throughout the story. The distance walked is approximately 1.6 miles from Ford’s Theatre to the White House. Wear comfortable shoes. Tickets are currently available for dates through October 26, 2013. Spring 2014 dates will be announced in January 2014.

Since Ford’s Theatre’s reopening in 1968, more than 100 years after the April 14, 1865, assassination of President Abraham Lincoln, it has been one of the most visited sites in the nation’s capital. Operated through a partnership with the National Park Service and Ford’s Theatre Society, Ford’s Theatre has enthralled visitors because of its unique place in United States history, and its mission to celebrate the legacy of Abraham Lincoln and explore the American experience through theatre and education. The NPS and FTS work together to present the Theatre’s nearly one million annual visitors with a high quality historical and cultural experience.

The mission of Ford’s Theatre Society is to celebrate the legacy of Abraham Lincoln and explore the American experience through theatre and education. For its accomplishments, the organization was honored in 2008 with the National Medal of Arts, the highest award given by the U.S. government to artists, arts institutions and arts patrons.

Since the arrival of Paul R. Tetreault as Director, critics and the theatregoing public have recognized Ford’s Theatre Society for the superior quality of its artistic programming. With works from the nationally acclaimed Big River to the world premieres of Meet John Doe, The Heavens Are Hung In Black, Liberty Smith and Necessary Sacrifices, Ford’s Theatre is making its mark on the American theatre landscape.

In 2006, the mission of Ford’s Theatre Society expanded to include education as a central pillar. This expansion led to the creation and construction of the Center for Education and Leadership, which opened in February 2012. The new Center brings the values and ideals of Lincoln from the past into the present, examining Lincoln’s multi-faceted legacy through exhibits, workshops, seminars and speakers, as well as community outreach programs. 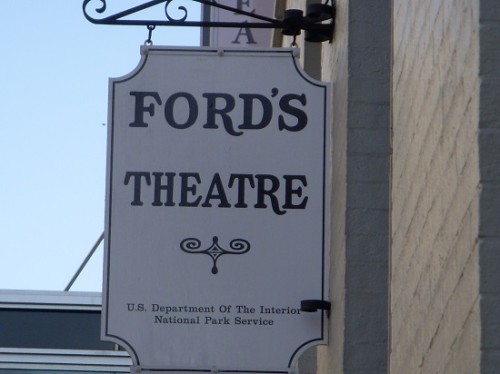