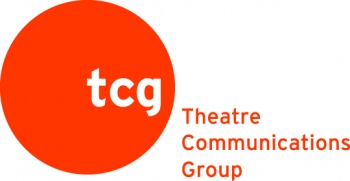 Not-for-profit theatres contributed nearly $2 billion to the U.S. economy and attracted 36.7 million attendees, according to Theatre Facts 2012, released by Theatre Communications Group (TCG). Based on the annual TCG Fiscal Survey, Theatre Facts is the only in-depth report that examines the attendance, performance and overall fiscal state of the not-for-profit professional theatre industry.

“Theatre Facts 2012 shows audiences rebounding and theatres recovering from the shock of the financial recession,” said Teresa Eyring, executive director of TCG. “While working capital remains a challenge for theatres, the continued rise in attendance, coupled with positive trends in individual giving and foundation support, point towards recovery and the resilience of our field. I look forward to expanding on these findings at the November 2013 TCG Fall Forum on Governance in New York, where we’ll be sharing capitalization best practices with theatre leaders and their trustees.”

Theatre Facts 2012 reflects data from the fiscal year that theatres completed between October 31, 2011 and September 30, 2012. Following an Executive Summary, the report presents data in three ways:

Theatre Facts 2012 is available at: https://www.tcg.org/tools/facts.

The six major findings from the Trend Theatres include (five-year percentages are adjusted for inflation):

A narrative version of Theatre Facts 2012 that provides case studies and anecdotes from prominent theatre leaders will be published in American Theatre magazine and posted at https://www.tcg.org/tools/facts in November. Theatre Facts 2012 will be featured at the 2013 TCG Fall Forum on Governance: Investing in Vitality as part of a focus on capitalization strategies to support the long-term financial health of participating theatres:

For over 50 years, Theatre Communications Group (TCG), the national organization for the American theatre, has existed to strengthen, nurture and promote the professional not-for-profit American theatre. TCG’s constituency has grown from a handful of groundbreaking theatres to nearly 700 member theatres and affiliate organizations and more than 12,000 individuals nationwide. TCG offers its members networking and knowledge-building opportunities through conferences, events, research and communications; awards grants, approximately $2 million per year, to theatre companies and individual artists; advocates on the federal level; and serves as the U.S. Center of the International Theatre Institute, connecting its constituents to the global theatre community. TCG is North America’s largest independent publisher of dramatic literature, with 12 Pulitzer Prizes for Best Play on the TCG booklist. It also publishes the award-winning AMERICAN THEATRE magazine and ARTSEARCH®, the essential source for a career in the arts. In all of its endeavors, TCG seeks to increase the organizational efficiency of its member theatres, cultivate and celebrate the artistic talent and achievements of the field and promote a larger public understanding of, and appreciation for, the theatre. www.tcg.org.