As of Saturday, October 5, the US Government was still shutdown. 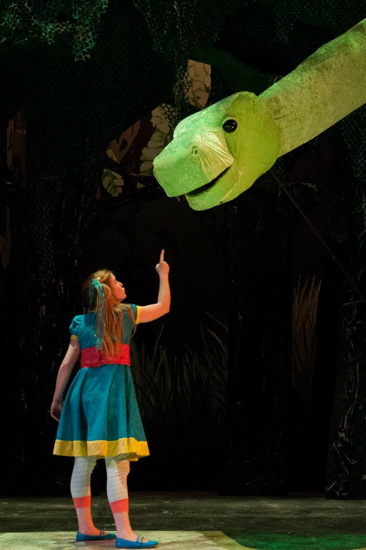 We could call this an act of God, but being compared even farcically to the antics of our government would make any God angry

Yet, the show must go on, for that is the spirit of theatre: grit and determination and collaboration and fortitude.  Sounds like qualities of which our politicians are in short supply.

Ford’s Theatre moved its press opening of The Laramie Project to Woolly Mammoth’s rehearsal hall.  And they are offering free performance at the Congregational United Church of Christ, 945 G Street, NW, with one performance still to come, this coming Tuesday.  Click here for information.

Of course, Ford’s Theatre is not the only theatre having to adjust because of the government shutdown (although “shutdown” is really not the right word to use in this circumstance, as it seems like most functions of government continue along quite happily).

Discovery Theatre at the Smithsonian has been able to keep its doors open although its offices are officially closed because they are located in a government building.  They have also had to cancel some events taking place on government property.  For more information, click here.

Adventure Theatre MTC at Glen Echo Park has had to relocate its various events to different locales.  To find the new location of your event click here or here.

The Library of Congress has had to reschedule its Randy Newman concert, originally scheduled for October 4.  The LOC will remain closed until money is made available through an act of G—err, Congress.  For more information, click here.

Wolf Trap, on the other hand, is run jointly by the US Park Service and the Wolf Trap Foundations.  The Barns, where most events take place is a Foundation venture, so all scheduled events will take place per usual.

On the plus side, Imagination Stage is offering 50% off its tickets during the “shutdown.”  Click here for further information.

To be sure, the effect of a government “shutdown” on the area theatre community is but a minor annoyance compared to its effect on others throughout the country, i.e., children in Head Start, people with cancer wanting to take part in new NIH drug trials, etc.  Nevertheless, if the “shutdown” was not itself an utterly absurd act with absurd repercussions, hurting the average citizen and potential theatre-goer, who has no power to end this thing, while politicians go about their speechifying, creating enough bad theatre to satisfy that quotient for a life time, then I probably would have held my tongue and not written anything at all.