“Saint Joan is great because it cuts to the core of our human dilemma; it is rarely done because in so cutting, so articulately, it leaves the theatregoer feeling quite sliced—even if laughing all the while.” – Robert Michael Oliver MD Theatre Guide

Synopsis: This historical tragedy is based on none less than the story of Joan of Arc, the poor farm girl who follows her voices of God to lead the French to victory over the English invaders.  The boyish sixteen-year-old Joan goes to the army and tells them that she can lead the French to victory.  Of course, the leaders think her mad, but then they are losing terribly and are willing to try anything, particularly when all too confident Joan won’t take “no” for an answer.  She assumes the leadership of the French army and is soon on her way to victory.  The French nobility, however, goes fearful of her success, as the nobility of all nations and states do.  Thus, she is burned at the stake for heresy. 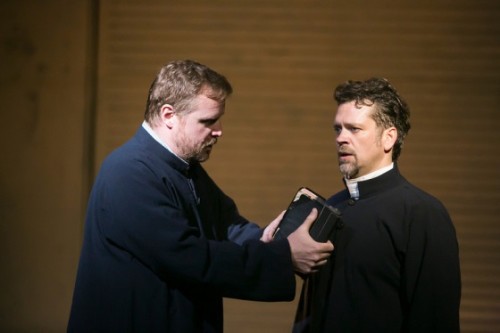 2. The Elves and the Shoemaker. Best. Shoes. Ever at the Pumpkin Theatre, Baltimore

“…when the elves were on stage, the audience’s faces got a little brighter and their smiles got a lot bigger!” April Forrer MD Theatre Guide

Synopsis: It is a modern take on an old story.  Harold and his wife Maude are worried about where their next meal will come from and whether they can sell enough shoes to pay their landlord, the mean Mayor Killjoy.  If they can’t, she will turn their home into a fast food restaurant with the world’s first fly-through window.  Harold has just finished making his last pair of shoes, having no money left for more supplies, when Lady Everkind visits the shop.  She needs a new pair of shoes because her shoes are warn out from her many trips to and from the orphanage to feed the poor children.  Harold’s last pair of shoes just happen to fit Lady Everkind, and Harold and Maude give the shoes to her for free.  They would never ask Lady Everkind for money, knowing all the good she does for their town.  Little do the cobbler and his wife know… 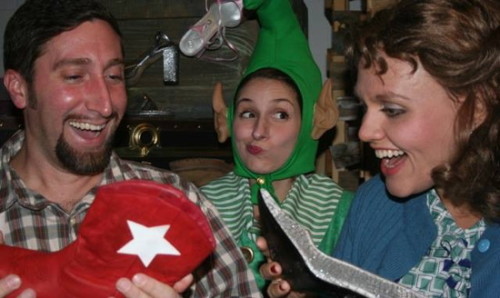 “In the masterful hands of Director Jonathan Munby, Shakespeare Theatre has taken Measure for Measure, one of the Bard’s darker “problem comedies,” and transported it to the hedonistic turned sadistic pre-war 1930’s Vienna. “Cabaret” meets Shakespeare in this breathtakingly contemporary production.” Elizabeth Bruce MD Theatre Guide

Synopsis: Jolted by the decadence of his society and disturbed by his own uncertain sexuality, the Duke departs for a spiritual retreat, leaving the Fascistic, moral hypocrite Angelo in charge. Young Claudio and his betrothed, Juliet, have consummated their relationship before marriage, impregnating Juliet; for this grievous moral offense Angelo sentences Claudio to death.  Claudio’s sister, the chaste, soon-to-be-a-nun Isabella, appeals to Angelo for mercy for her brother. Angelo, however, suddenly smitten with lust for Isabella, offers to commute the sentence only if she will have sex with him. Outraged, Isabella tells Claudio of the offer; Claudio, not wishing to die, asks her to do it.  And therein is the rub. 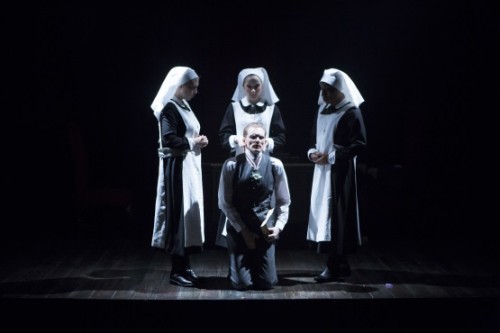 4. The Picture of Dorian Gray at Synetic Theatre

“…a truly sexy, gothic tale perfect for the Halloween season.  Paata Tsikurishvili … continues to pull all out the stops as he stretches the company’s vision further, for the most part with brilliant results.” Andrew White MD Theatre Guide

Synopsis: Dorian Gray meets the painter Basil Hallward, who becomes enthralled with Dorian and uses him as a model. Later, Basil’s good friend, Lord Henry Wotton, pays Basil a visit, admiring his latest work – a portrait of Dorian. Basil tells Henry of his affection for Dorian, just as Dorian arrives for his final sitting. Lord Henry imparts to Dorian his cynical world view, convincing him of the value of beauty and pleasure above all things.Dorian is greatly moved by Lord Henry’s words and when Basil shows them the newly completed painting, Dorian is awed at the sight of his own image, overwhelmed by his fear that his youth and beauty will fade. He becomes jealous that the picture will remain forever young while he is destined to wither and age, and passionately wishes that it could be the other way around. Lord Henry is fascinated with Dorian’s innocence as much as Dorian is impressed by Lord Henry’s hedonistic outlook on life. They become fast friends, Basil fearing that Henry will be a corrupting influence on the impressionable Dorian, whom he adores. As Basil closes up his studio for the day, Dorian’s Portrait begins to show the first glimmers of life. 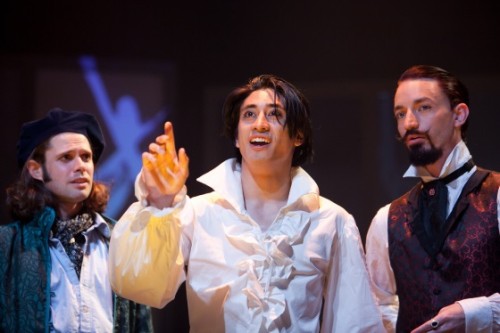 Synopsis: There is so much killing that you have to see it to believe it.  The Roman Emperor is dead.  Titus Andronicus comes home after defeating the Goths.  He sacrifices the Goths’ eldest prince to his god, and the Goth Queen, Tamora, becomes enraged.  Meanwhile Saturninus and Bassianus compete for the throne.  When Saturninus is selected he immediately steals Bassianus’s bride-to-be, Lavinia, daughter of Titus.  When she flees with Bassianus, Titus is so embarrassed by the act taht he kills one of his own sons in retaliation.  When Saturninus decides to then wed Tamora, all hell breaks loose. 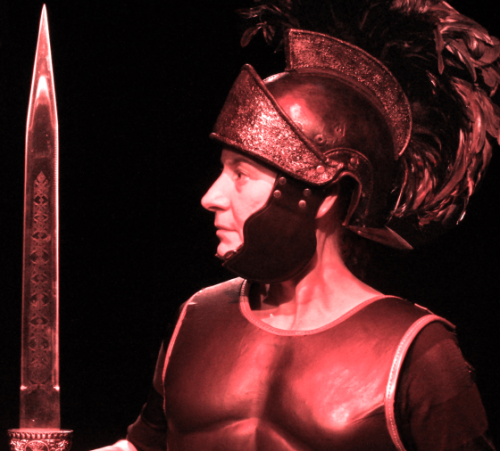