1. Pride in the Falls of Autrey Mill at Signature Theatre

“What makes this deluge of unhappiness so special is its fierce combination of exquisite comedy and agonizing pain.  This family of four—a mom, a dad, and two grown sons—could not have more maladies, mishaps, or mendacities swirling within and around them if Colaizzo had gone to the library and looked up every one of Sigmund Freud’s complexes.  In fact, maybe that is exactly what Colaizzo did; from bulimia to incest to Oedipal urges to more eating disorders to sexual abuse to necessary 20-year illusions, this screwed up Georgian family simply could not need more therapy.”  Robert Michael Oliver

Synopsis: As signature describes it:  “The Falls of Autrey Mill is the most desired zipcode in town. From the outside, the flawless neighborhood glitters with elegant roman column porches and exquisitely manicured lawns. However, demons lurk behind the designer window treatments when one seemingly-perfect family disintegrates from the inside out. In this vicious and gripping play, Colaizzo rips the façade off of America’s privileged suburbia with his trademark brutal honesty.” 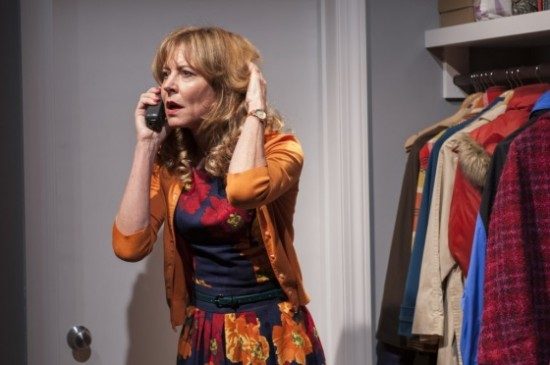 2. The Night Watcher at Studio Theatre

“Parents, caregivers, aunties, nannies, grandparents and godparents: people who love children and care for children and know the struggle to raise them.  Do I have a show for you!  The Night Watcher, now playing at Studio Theatre, is that rarity for the art world in general, and for the theatre world most especially: a show about the art of parenting and the love that those who parent need if they are to keep doing what they do.” Robert Michael Oliver

Synopsis: A series of vignettes that depict in vivid language and action Charlayne Woodard’s relationships with a multitude of children and parents as she fulfills her need “to parent” despite not being a parent herself. 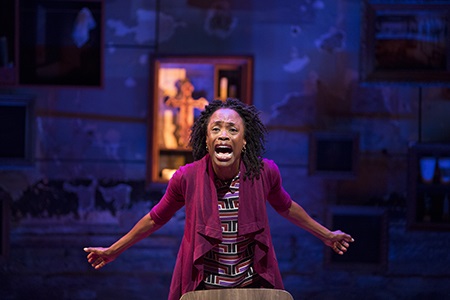 “The result is a delightful production with an amazingly talented cast.”  Lynne Menefee

Synopsis: Set in New York, Company tells the story of five couples and their mutual friend Robert. Robert, turning 35 at the beginning of the show, seems to have everything: good looks, charm, and a great sense of humor. Nevertheless, he is still single. 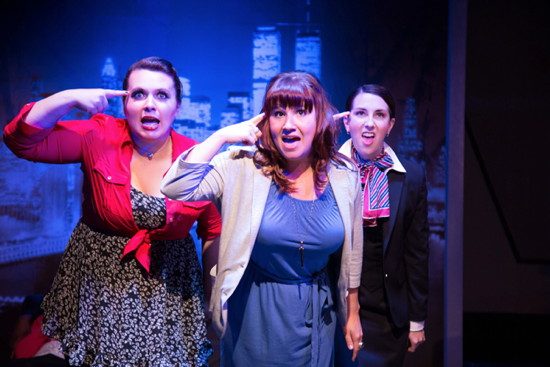 4. Parade at the Kensington Arts Theatre

“The story of Parade is a lesser told aspect of post-civil war history and I thoroughly enjoyed both its entertainment and educational value. KAT offers an updated, worthwhile and refreshing take on a moving period drama.”  Victoria Durham

Synopsis – The premise–it is 1913. Leo Frank is a Yankee, a Jew, and a Brooklyn native working as a superintendent at a pencil factory in Atlanta, Georgia. When one of his factory workers is found dead in the company warehouse, Frank is soon deemed the number one suspect. However, it is quickly apparent that something/someone much bigger than Leo Frank is on trial in a southern town running rampant with vitriol toward the American north. 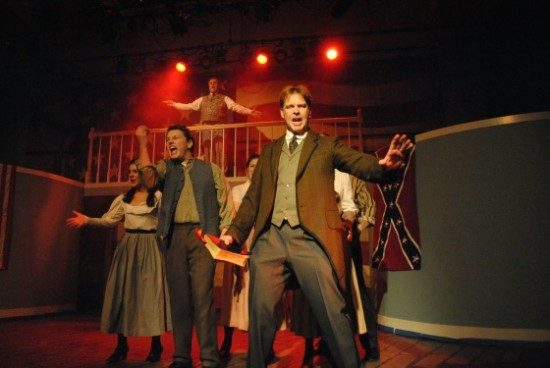 The cast of ‘Parade.’ Photo by Ernie Achenbach.

“All in all, it is fun, funny and fanciful.” Danielle Angeline, MD Theatre Guide

Synopsis: The 1940s Radio Hour is a Play with Music by Walton Jones. Full of 1940s music, dancing and old-time sound effects the play portrays the final holiday broadcast of the Mutual Manhattan Variety Cavalcade on the New York radio station WOV in December 1942.