‘A Quick 5’ with Maurice Hines 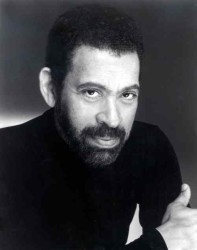 Today’s Quick 5 column features a man who is a legend of his craft. Maurice Hines is a tap dancer/choreographer/director/singer and actor who is currently ready to start a run of his new show at Arena Stage called  Maurice Hines is Tappin Through Life. DC audiences know Maurice’s work from Cool Papa’s Party (Helen Hayes Award for Outstanding Choreography). and Josephine Tonight at MetroStage and Sophisticated Ladies at Arena Stage. On Broadway his performance, directorial and choreographic work has been  represented with Hot Feet,Uptown It’s Hot (Tony Award nomination for Best Actor) , Bring Back Birdie and Eubie.  At the age of five, Maurice studied tap at the Henry LeTang Dance Studio in New York City. He created the dance company Ballet USA with Mercedes Ellington. He has directed and choreographed many music videos, including “I’ll Be Good to You” which was the first release off of Quincy Jones’ Back on the Block album and became the first African-American director for Radio City Music Hall when he directed The Radio City Spectacular. Maurice Hines has been in this business for a long time. Whether you remember him dancing with his brother Gregory or seeing him on Broadway or here in DC, Maurice Hines never fails to impress or please his audience. I’m sure his new show at Arena Stage will be no exception.

What and who got you interested in becoming a dancer as a kid?

Well, actually it started with my uncle Lionel, my mother’s brother. He noticed that I was very shy but when music came on I would dance around the house. I was five. Someone came around with free dance lessons and my uncle said, “Why don’t you put him in dance classes?” So my mother brought me down to the studio and the teacher said, “What can you do?”

And he said, “Well, turn around for me.”

I did six pirouettes on one foot, and he said “Get this kid in class!”

Then I would go home and teach Gregory, as they wouldn’t take him because he was too young. I would teach him all the steps that I learned, and then one day the teacher turned around in the class and there was Gregory tapping away with all the steps I had taught him. 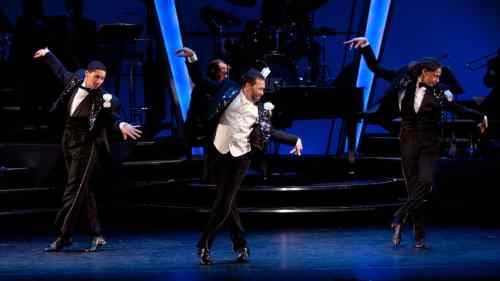 Can you please tell us a little about your new show Maurice Hines is Tappin’ Through Life?

It’s about my life with my brother and mother and father and how we all began and the life that tap gave us. It gave us this life of travel and meeting great stars. Some of the stars that I pay tribute to who influenced us were Judy Garland, Ella Fitzgerald, Nat King Cole, Frank Sinatra, Sammy Davis, Jr. and Lena Horne. So it’s really a thank you to my brother and the great tap dancers and the great artists who nurtured us as performers.

A lot of our audience might remember that your brother Gregory Hines was also a fabulous dancer. What are some of your fondest memories of being onstage with him and just in general?

It was an honor to dance with Gregory. We loved each other and it showed on stage. We were so different, and I think that’s what made it so wonderful. Whenever we were learning anything, Gregory always learned it faster than me but the very next day he would have forgotten it and I would remember it, so we helped each other that way. We just loved being on stage with each other, that was the main thing.

You have performed in and or directed a few shows at Arena Stage and MetroStage. What do you enjoy the most about working in the DC

I love D.C. audiences and they love me right back! So why wouldn’t I want to come here?       D.C. audiences are the best—they are honest and they smile at you when you are on stage. I love interacting with the audience, and my show is like that. If I want to go down to the audience and talk to them, I will. Otherwise, you might as well be in a rehearsal hall.

Can you please tell us about your next few upcoming projects?

Maurice Hines is Tappin’ Thru Life is going to take up a lot of my time as I’m going to tour with it following the Arena Stage run—I am going to Alliance Theatre in Atlanta, the Wallis Annenberg Center for the Performing Arts in Beverly Hills and Cleveland Playhouse.

And then hopefully I’ll also be working on my TV show called Something Extra, which is a performing version of Inside the Actor’s Studio.

Here is a number from the Broadway musical Eubie featuring Maurice and Gregory Hines on the 1979 Tony Awards.