‘A Quick 5’ with Michael Goldsmith 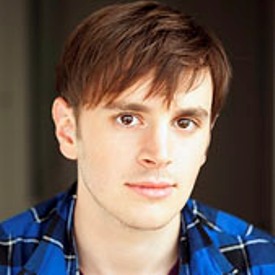 Michael Goldsmith is currently making his DC and professional Shakespeare debut as Romeo in Romeo and Juliet at Folger Theatre. Regionally Michael has been seen at Huntington Theatre in Now or Later and Off-off Broadway at  June Havoc Theatre in Final Analysis (Winner: Outstanding Lead Actor, Midtown International Festival). London credits include Royal Court Theatre and Wyndham’s Theatre : Clybourne Park; The Old Vic: Six Degrees of Separation and Courtyard Theatre: The Shape of Things. He has been seen on film in  Living Truthfully Under Imaginary Circumstances, on television in Doctor Who  and heard on several plays for BBC Radio. This is Michael’s professional Shakespeare debut and he gets to make it at Folger Theatre which is not too shabby. His performance has been garnering raves and I look forward to seeing it for myself soon.

Where did you get your training and who did you study with?

I went to an arts high school—Interlochen Arts Academy in Northern Michigan–and from there I went to the Royal Scottish Academy of Music and Drama (now called the Royal Conservatoire of Scotland) in Glasgow. Both schools are chock-full of amazing teachers, among them David Montee, Hugh Hodgart, and Katya Kamotskaia. After I finished drama school I moved to London and worked over there for a few years.

Had you performed in any other Shakespeare productions before Romeo and Juliet?

I did some Shakespeare in school—Mercutio in Romeo and Juliet, Autolycus in the Winter’s Tale–but this is my first professional Shakespeare. I loved living and working in the UK, but because I’m American I didn’t really get a chance to audition for Shakespeare. One of the best things about moving back to the States has been the opportunity to do more classical work.  Oh, and I was a 12-year-old Hamlet in middle school. It was deep. 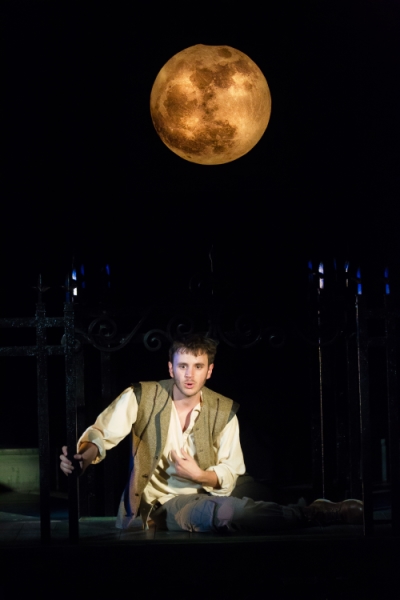 Michael Goldsmith as Romeo in Folger Theatre’s production of Romeo and Juliet.
Photo by Jeff Malet.

What sets this production of Romeo and Juliet apart from all of the others?

Erin Weaver (our amazing Juliet) and I are playing real teenagers in a real world and, I think, dealing honestly with the avalanche of complicated feelings that comes with that, which means that people expecting idealized romance aren’t going to get it.  I think we’ve approached the play in a way that’s going to surprise people, that honors the text, and treats the pain and dilemmas of youth with the respect and intelligence they deserve.

Pick a Shakespeare character that you are too young for now but would like to play when you are older?

It’s all about Hamlet for me.  As cliche as it is, he’s the guy.  I actually used to wander around parks in London doing his soliloquies just for kicks. In the way that Romeo is as deep an exploration of one young man’s relationship with love as you’re gonna get, Hamlet is an exploration of one man’s relationship with his own existence and that’s a pretty amazing thing to grapple with.  But thinking about it I’m probably just old enough to tackle him, so if have to say someone older I’ll say King Lear because that means I’ll still be in the game and ready to kick some butt when I’m an old man.

What is next for you after Romeo and Juliet closes?