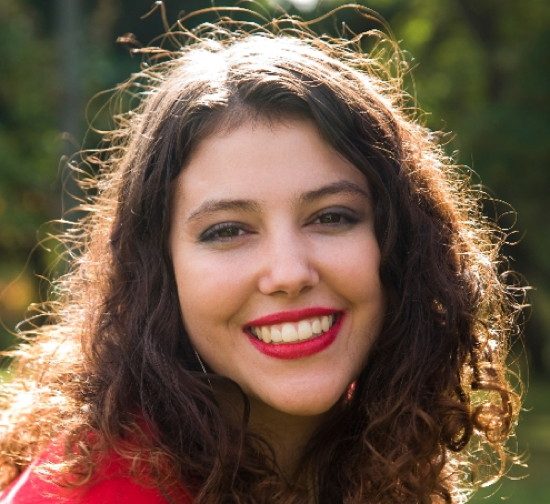 In Natural Novice, now playing at Charm City Fringe Festival, writer-performer Siobhan O’Loughlin captures an all-too-familiar phenomenon— that feeling of a lifetime of self-evaluation flashing before your eyes in the span of a single moment.

One November night in New York, O’Loughlin finds herself in the company of a certain gentleman (a “bro,” if you will) who is about to discover… drum roll please… that she doesn’t shave.

Flashback to a commune in Vermont, where our narrator spends her days building papier-mâché puppets among women whose abundant body hair is a thing of beauty. O’Loughlin expresses her desire to be like those women, who can play all kinds of instruments, maintain a conversation while carrying loads of heavy puppets without getting winded, and don’t give a hoot if someone thinks their underarm hair is totally unsanitary.

…’Natural Novice’ provides an empowering reminder that we’re all in this together.

Flash-forward to New York again, where around every corner lurks a billboard of some supermodel selling who-knows-what and flaunting her hairless, perfect body. What if the billboard supermodels come to life, O’Loughlin wonders, and trample the city of New York like an army of immaculately shaved Godzillas?

In a hilarious, honest performance, O’Loughlin reenacts interviews with several New York women about their body hair, or lack thereof. The result is a comedic portrayal of the tireless inner monologue that develops from living in a world obsessed with appearances. O’Loughlin displays a rare gift for capturing the reality of a person without judgment or bias. Her interview subjects are diverse, running the gamut from a sorority girl who was bullied in elementary school because of her early-blooming body hair, to a woman who aspires to be like the men she sees in magazines— not because she wants to be a man, but because the women seem so marginal and diminished. O’Loughlin unravels a mystery with the audience, mining collected experiences for clues as to how a non-traditional woman defines her own beauty. The piece has a conspiratorial sense of humor that nudges the audience in the ribs as if to say, “This is screwed up, am I right?”

As the title suggests, the design elements surrounding the performance are natural and unobtrusive. Cellist Zack Branch accompanies O’Loughlin’s storytelling with a simple, familiar tune that changes key and rhythm as the narrative dictates. Minimal staging by director Mario Giacolone and a lighting design by James Alfred Rose Johnson help to differentiate between shifts in time and character.

I won’t spoil the ending by telling you how things with the gentleman/bro turn out once O’Loughlin’s reveals her hairy secret, but let’s just say that the moral of the story doesn’t come wrapped up and summed up with a bow on it. The piece reflects the complicated, ever-changing process of defining your own identity and aesthetic. For anyone who has never considered why they do what they do with their own body, Natural Novice is a humorous introduction to the idea. For those who know what it’s like trying to sift through a world of mixed messages to find their own truth, Natural Novice provides an empowering reminder that we’re all in this together. Except for the army of Supermodel Godzillas, of course.