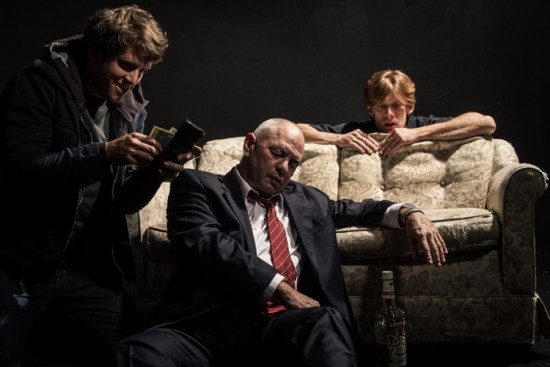 Orphans give a new meaning to the term brotherly love. The relationship between siblings has long been a tumultuous, loving and sometimes a complicated dynamic. With the occasional scuffle accompanied by mom’s forceful apology, learning to “get along” is the quintessential bonding experience between any siblings, but understanding your siblings is a different story. Orphans Treat and Phillip are two brothers who not only have problems with coping with the other’s behavior, but understanding how to cope with the challenges the world presents them. In return they respond with the only actions they know – violence, isolation and anger.

Directed by Steve Goldklang, Orphans is a gripping play that explores the trouble associated with a broken family. A production that tackles criminal behavior, abandonment and character transformation, Orphans presents an alternative look at a damaged, but working sibling relationship.

This is a compelling production…

The most aggressive and problematic character is Treat, played by Eric Park. Park does a solid job conveying the hostility and rage of this character. Abrasive and unapologetic, Treat is everything you don’t want in brother. He’s merely a person you don’t want to meet. Treat’s redeeming quality is his misguided love for his brother that leads to his overprotectiveness of him. Treat’s attempt to support him and his brother leads him to Harold, a criminal from Chicago, who in many ways is like him. Harold played by Jeff Murray is as much as a father figure then as he is a hoodlum. Harold’s own abandonment as a child serves as the connector between Phillip and Treat as he turns their secluded world upside down. Murray is simply magnetic. His charm and charisma catches you off guard as you slowly forget that this guy is a gangster. There’s sincerity in Murray’s portrayal of Harold that makes you forgive his shady life and recognizes the positive influence he attempts to have on these two young men. 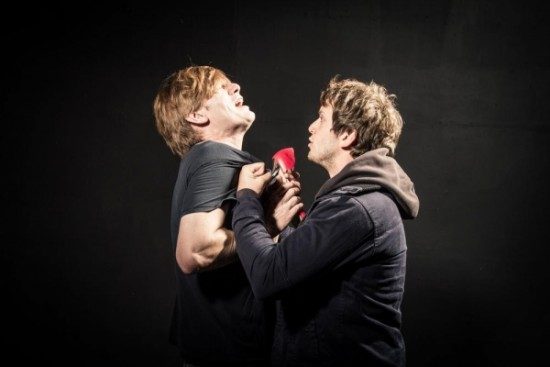 Phillip, a guileless and curious young man, is shrouded in his brothers over protectiveness so much so that he remains ignorant about the world around him. This component of the characters relationship is interesting to watch as the role of big brother and little brother switch.  Portrayed by David Shoemaker, Phillip is a lonely and deprived young man longing to experience the outside word. Shoemaker is phenomenal as he evokes a child like essence. He forces you to feel pity, but hope that his character can escape his grim conditions.

As they begin to head in a positive direction, Phillip seems to be more susceptible to growth while Treat regress into his old ways. For anyone growing up having to be the younger or older sibling, striving for your parents’ attention is a typical response to gain their approval. It’s interesting how both boys seemed to be vying for Harold’s affection. Treat entices him as an aggressive and broken man and Phillip as a growing adult, inquisitive about the world he was deprived of.

This is a compelling production and for anyone who has siblings – it will definitely make you take a second look at your relationship.

Running Time: 1 hour and 45 minutes with one intermission.

Advisory: This show contains profanity and adult content not suitable for children.