Music Review: ‘Happy Holidays! with Brian Stokes Mitchell’ featuring the NSO and the UM Concert Choir at the Kennedy Center 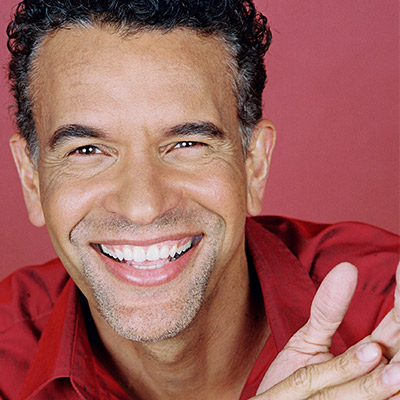 … one of the best concerts the Kennedy Center could possibly have.

The Kennedy Center Concert Hall was festively decorated with wreaths, large snowflakes, sleds, toy trains, rocking horses, and Christmas ornaments dangled from the ceiling. The orchestra was bathed in blue and red light as it began to play the “Holiday Overture.”

The aforementioned overture lent a particularly cinematic quality to the concert, the music sweeping over the audience like the opening to a film. It even included an instrumental version of “Oh Chanukah,” readily identifiable by the abrupt shift to minor key.

The appearance of consummate showman Brian Stokes Mitchell was cause for immediate applause. The concert alternated between performances exclusively by the NSO and performances that included Mitchell and, on a few occasions, a choir seated above the orchestra. Also of note was high school junior Alex Arshadi, the eponymous “Little Drummer Boy,” whose competence, skill, and poise were simply awe-inspiring.

The difference between seeing a concert featuring, say a 1950s crooner, and Broadway performer like Mitchell is the level of entertainment. The minute he walked onto stage he was on, and delivered a performance full of astonishing versatility and humor. While there are too many examples to go through in detail, here is the highlight reel.

The National Symphony Orchestra’s Pops conductor, Steven Reineke, was full of boundless energy, even leading the audience in a Christmas sing-along. He seemed genuinely excited when Santa emerged from the aisles to hand him a candy cane. His rapport with Mitchell was one of the best parts of the show.

The best NSO performance of the night had to be what Reineke called the Hogwarts-like orchestral rendition of “Carol of the Bells,” a song typically performed a cappella by choirs around the world. The stunning, magical quality of the arrangement was evoked by the tinkling of the piano and the sweeping of the string instruments. 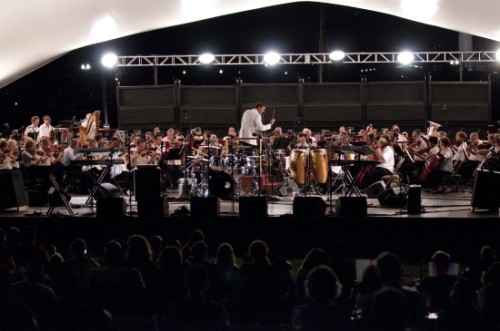 Steven Reineke leading the NSO in the Labor Day Weekend Concert at the Capitol 2011. Photo courtesy of the NSO.

Another excellent song of the evening was “Jingle Bell Rock,” which included a banjo and an electric guitar.

One distraction was the University of Maryland Concert Choir’s use of binders. The page turning detracted visually from the rest of the performance and, considering the popular nature of many of the songs, was likely unnecessary.

Despite this, however, the entire ensemble, choir, orchestra, and performer, was a combination that provided for one of the best concerts the Kennedy Center could possibly have.