Opera Review: ‘A Family Reunion’ by In Series at Gala Theater 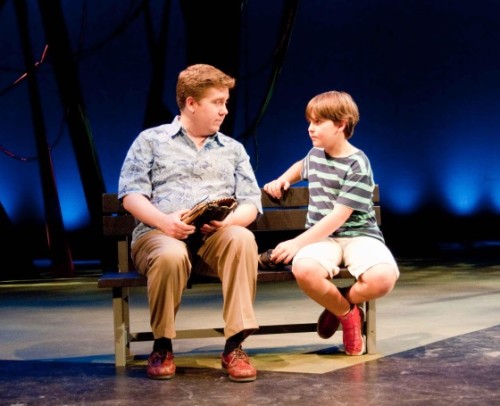 The most performed operas usually reflect stories of long ago times and foreign cultures, which can sometimes be distancing for an audience.  There is no such problem in A Family Reunion, making its world premiere in an In Series production at the Gala Theater at Tivoli.  Coming immediately after Thanksgiving, amid the shadow of Christmas, few in the audience could fail to relate to the story of the Green family, coming together somewhat reluctantly to spend time with an ailing matriarch.

…with ‘A Family Reunion’ there will be few richer, more sincere entreaties to the heart.

In the work by Chris Patton and Bill Moses, with additional music by George Fulgniti-Shakar, the far flung family arrives by different means — one estranged son comes by plane, another two sisters drive in cars — the childless one comes with her beer-drinking husband, the single mother with one of her sons (the other hitchhikes).  A third sister is already there, left with some resentment to care for the mother after the death of the father (who still spookily shows up, in the mind of the mother).

Their concerns for the future of their families are certainly relatable. And at times in the engaging work, it comes together terrifically, from when they sit down to a table in a “New Grace,” or find a forward in the series of touching songs that close the work. 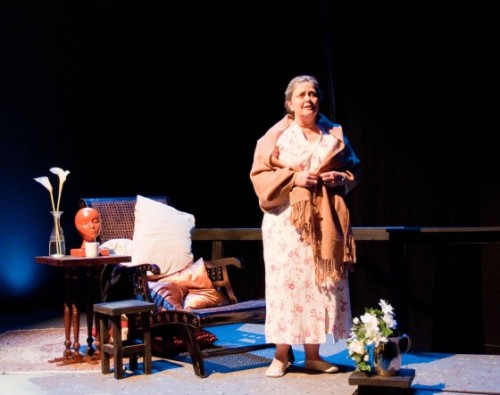 The story behind A Family Reunion is almost as moving as the work itself, as it was a long labor of love for Moses with that of Patton, who had composed four music-theater works previous to starting this one in 1992.  Work continued slowly; it had some premieres of some segments along the way. And as both were drawn to other activities — Patton as a PhD program in composition; Moses as a university dean — work on the piece slowed.

When Patton died suddenly in 2006, it looked like the work would remain unfinished as well until access was given to Patton’s notes. From them, a score was assembled with Bill Evans and George Fulginiti-Shakar was brought in to compose music where no orchestration was found.

The completion of A Family Reunion provides its own warming reunion underlying the moving work finally finished on stage, which involves a number of talented people in the typically intimate In Series production.

Soprano Laura Lewis is sufficiently weary and awaiting her next journey as the mother, awaiting her children’s visit. The sisters, portrayed by Patricia Portillo, Alexandra Linn and Anastasia L. Robinson, are as varied as siblings anywhere. As the returning son Sean Pflueger’s bass has authority, clarity, and some sadness reflecting his own past tragedy as he faces an impending one.

Bass-baritone Andrew Adelsberger, as a husband of a sister, adds deadpan humor and some complexity with his own failures, while there may not be enough for Brian Shaw as the hitchhiking son to give him equal focus.

Fourth grader Alessandro Topa deserves a lot of credit for hanging out with the opera-singing adults. And though his vocal presence is what one might expect from a fourth grader, the librettist doesn’t cut him out of vocal parts.

The direction by Moses, who also wrote the libretto and lyrics, is brisk; musical director Paul Leavitt does a splendid job in simultaneously conducting the string quintet and adding keyboard to music that is challenging and dissonant at first and warms to richer harmonies — as family reunions often do.

A Family Reunion is one of the few things in December that can affect you emotionally without relying on the season or jingle bells (this reunion, in fact, takes place in summer). But with A Family Reunion there will be few richer, more sincere entreaties to the heart.