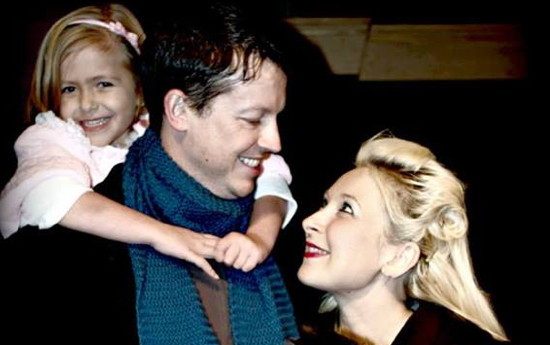 In a season where many question their definitions of success and wealth, It’s A Wonderful Life opened at the New Embassy Theater. Its timely message of love and faith in your friends and family perfectly captures the holiday spirit and entertains young and old.

James W. Rodger’s adaptation brings the spirit of the holiday to the stage in this classic story of George Bailey and his journey from rock bottom to the realization that he truly does have a wonderful life. After Uncle Billy’s blundering accident, the evil Mr. Potter points a finger at George, who decides that he is truly alone and perhaps suicide is the only way to repair things. Salvation comes in the form of the lovable Clarence – an angel on a mission to earn his wings. Clarence leads George through an assessment of his life and the audience gets to see the impact one man can have on the world around him.

Jay Atkinson, who has reprised his role from Front and Centre’s 2007 production, plays George Bailey. He gives an earnest performance, bringing to the mind the struggle many of us face in today’s economy. He is, of course, not alone on this journey, George’s wife, Mary Bailey, is played by Kimberli Rowley. Rowley’s sincere sweetness is only outshone by the seriousness with which she takes her role.

Ron Growden plays the truly “odd,” but delightfully sweet and determined Clarence Odbody, the angel tasked with saving George. His narration drives the plot and ties all the little “scenelettes” together. Michael Merrithew plays a despicable Mr. Potter, leaving the audience aching for his defeat. 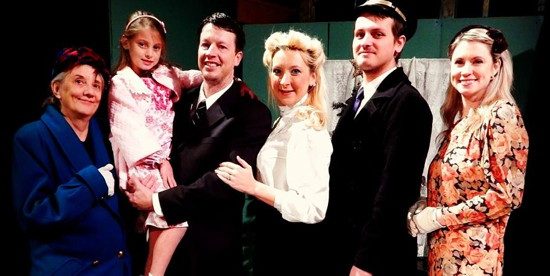 A delightful surprise in this production is the strength of the supporting and ensemble cast. From a children’s choir to the townsfolk, the cast boasts memorable characters such as Bert the Cop (Bryan Murtha), Ernie the Mailman (Tim Day), Aunt Tilly (Sue Schulten), Mr. Gower (Mark Ashby), Miss Carter (Beth Hilliker), Mr. Martini (Dustin Orndorff), and Miss Andrews (Desiree Growden).

Those looking for a classic holiday experience should come see their friends in Front and Centre Stage’s production of It’s A Wonderful Life, hosted by the New Embassy Theatre. The carols and beautiful decorations are certain to put everyone into the holiday spirit.

Running Time: One hour and twenty minutes with one ten minute intermission.